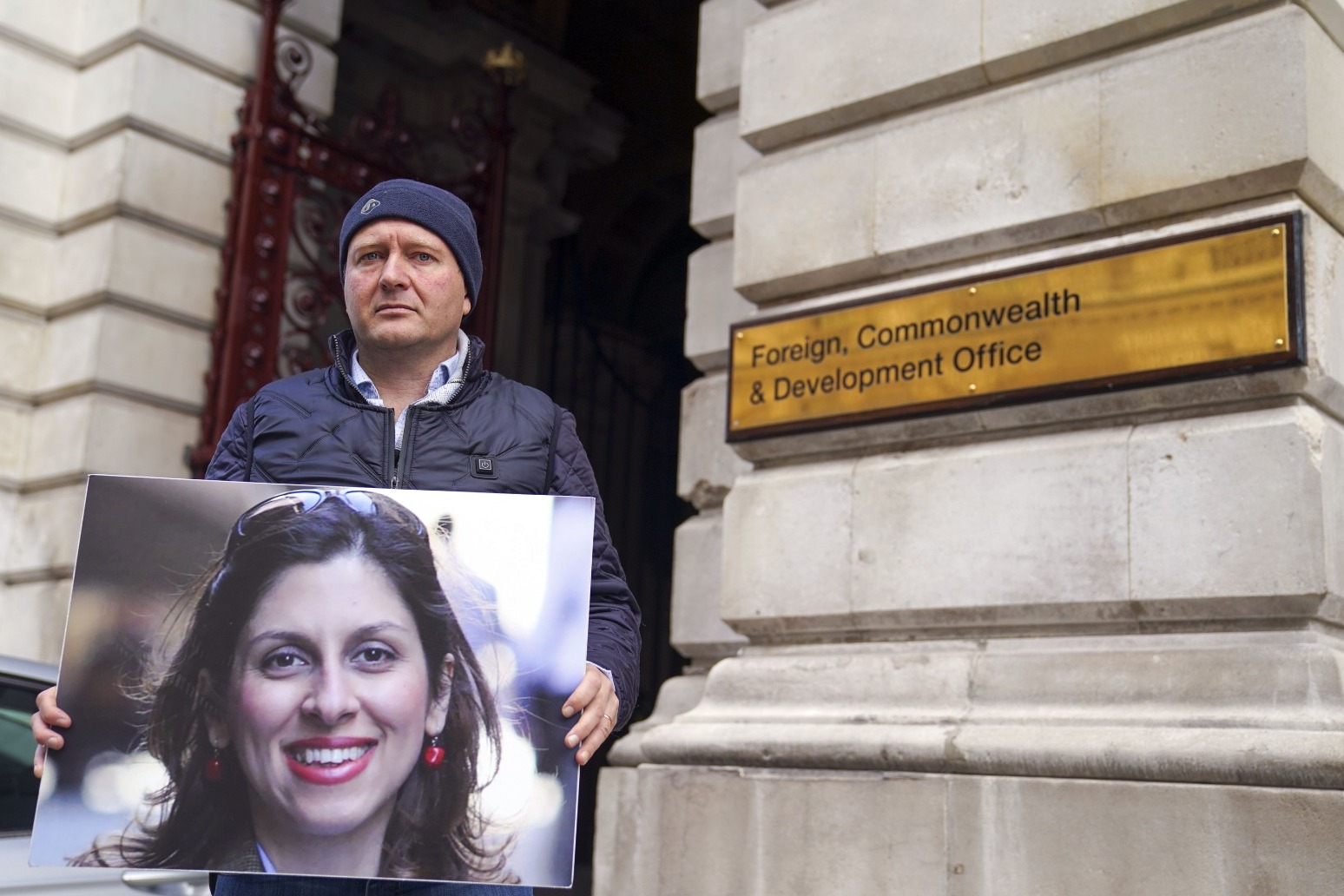 She’s been in custody in Iran since 2016

The arrival of an Iranian delegation at Cop26 should be used by UK officials to press for the release of Nazanin Zaghari-Ratcliffe, Amnesty International has said.

Ms Zaghari-Ratcliffe, a British-Iranian dual national, has been in custody in Iran since 2016 after being accused of plotting to overthrow the government.

Her husband, Richard Ratcliffe, is on day 10 of a hunger strike outside the Foreign Office in London which he started after his wife lost her latest appeal.

Amnesty International said officials at the climate summit in Glasgow should be prepared to “seize the opportunity” presented by the arrival of a delegation from Iran to raise the issue of the country’s detention of UK nationals such as Ms Zaghari-Ratcliffe and Anoosheh Ashoori.

The human rights group said the delegation will arrive next week and will be led by Dr Ali Salajegheh, vice-president and head of Iran’s environment department.

Amnesty International UK CEO Sacha Deshmukh, said: “The UK should seize the opportunity of Ali Salajegheh’s attendance at Cop26 next week to once again press for the release of Nazanin, Anoosheh and all other arbitrarily-detained UK nationals in Iran.

“Liz Truss has claimed that she and the Government are ‘working tirelessly’ on behalf of Nazanin and others – here’s a chance to prove that.

“Some of Nazanin’s supporters have been pointing out that if the Government can’t resolve the issue of British nationals being picked up in Iran, then it’s unlikely to be able to fix the climate crisis. Let’s hope it can do both.

“Richard Ratcliffe has called for Liz Truss and her colleagues to be ‘brave’ over diplomacy on these cases – a firm representation to Ali Salajegheh next week would be a useful start.

“The Government needs to grant diplomatic protection status to Anoosheh as soon as possible and set out a clearly-articulated strategy for bringing Nazanin and other arbitrarily-detained British nationals back home from Iran.

“Everyone at Amnesty has enormous respect for Richard’s unflagging spirit.

“I’m going to spend a little time with him today to reassure him that we stand in full solidarity with him in his brave campaign for Nazanin’s release.”

Ms Zaghari-Ratcliffe was taking her daughter Gabriella to see her family when she was arrested and was sentenced to five years in prison shortly afterwards, spending four years in Evin Prison and one under house arrest.

According to her family, Ms Zaghari-Ratcliffe was told by Iranian authorities that she was being detained because of the UK’s failure to pay an outstanding £400 million debt to Iran.

Asked how things are on day 10 of his hunger strike, Mr Ratcliffe told the PA news agency: “Colder and slightly more tired, but lots of MPs and kind passers-by, so also a good day.”