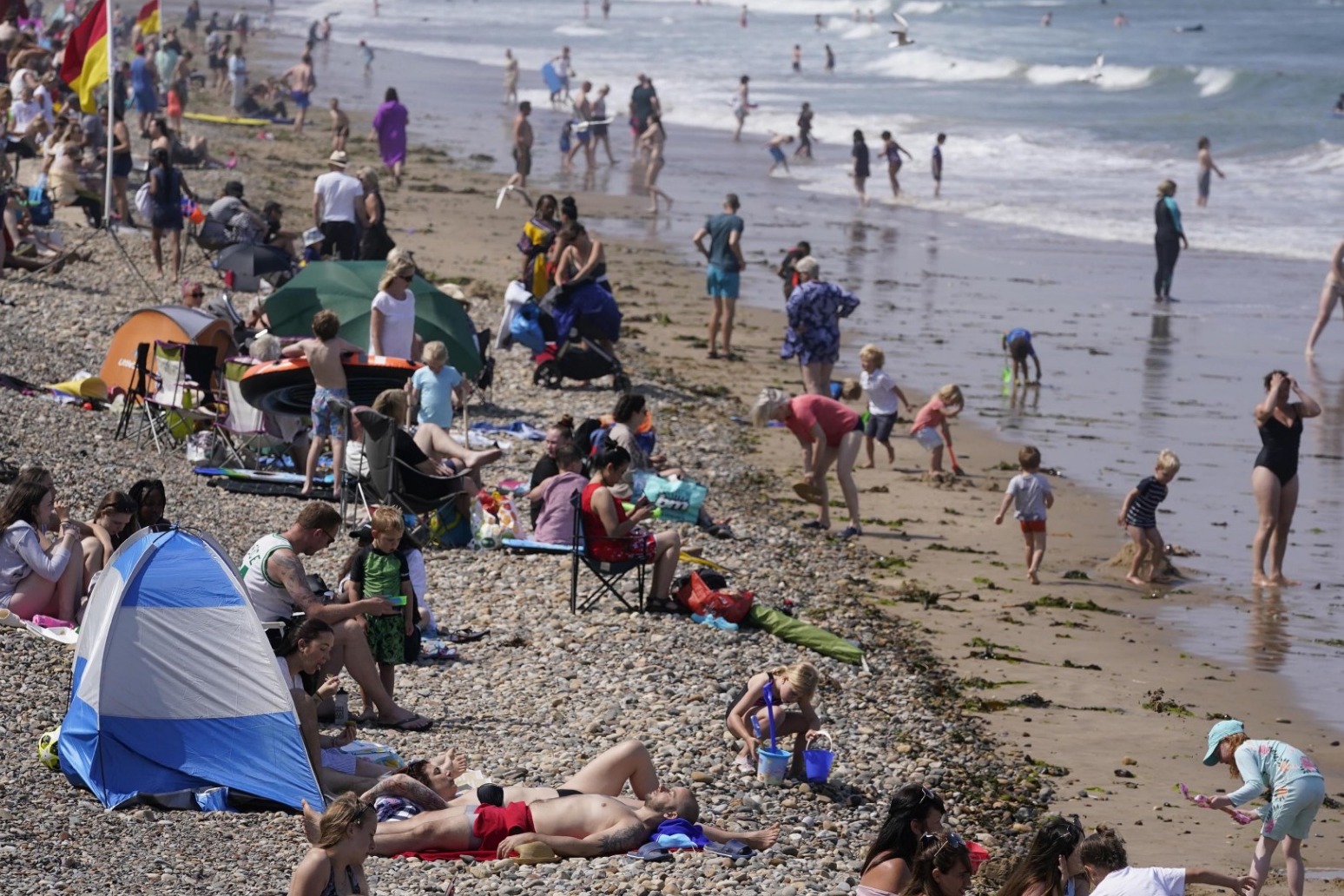 The UK is set to be hotter than Los Angeles on Friday as temperatures push towards 30C ahead of a predicted heatwave.

Parts of the country will reach 28C by the afternoon, also surpassing top European holiday destination such as St Tropez, Marbella and Santorini, with conditions dry and sunny across England and Wales.

The Met Office has said it will start a consistent run of high temperatures over the next few days, meaning Britons could bask in an official heatwave.

London, the South East and East are expected to see highs of 28C and 26C on Friday while the South West is slightly cooler at 25C.

The Midlands and North West are also predicted to be 25C, while Wales could see 24C.

Saturday and Sunday will then be slightly cooler, though some cloud and rain will move across the North West.

The alert is in place from 9am on July 11 until 9am on July 15, and covers the East of England, South East and London regions.

The UK previously experienced a heatwave three weeks ago, with June 17 marking the hottest day of the year so far.

Greg Dewhurst, forecaster for the Met Office, said: “Over the course of this week, much of next week, temperatures are going to be above average and very warm locally, hot at times.”

He added: “Over the next few days, primarily the highest temperatures will be across southern and eastern parts of the UK. But I think as we go through the weekend and into next week, the heat is likely to be across pretty much the UK.”

The Met Office defines a heatwave as when a location records a period for at least three consecutive days with daily maximum temperatures meeting or exceeding the heatwave temperature threshold.

The threshold varies by UK county.

On the four-level heat-health alert scale, which is designed to help healthcare workers manage through periods of extreme temperatures, level 1 is the lowest warning and is the minimum state of vigilance used during the summer months.

Level 2, called alert and readiness, is triggered as soon as there is a 60% risk that temperature thresholds will be reached in one or more regions on at least two consecutive days and the intervening night.