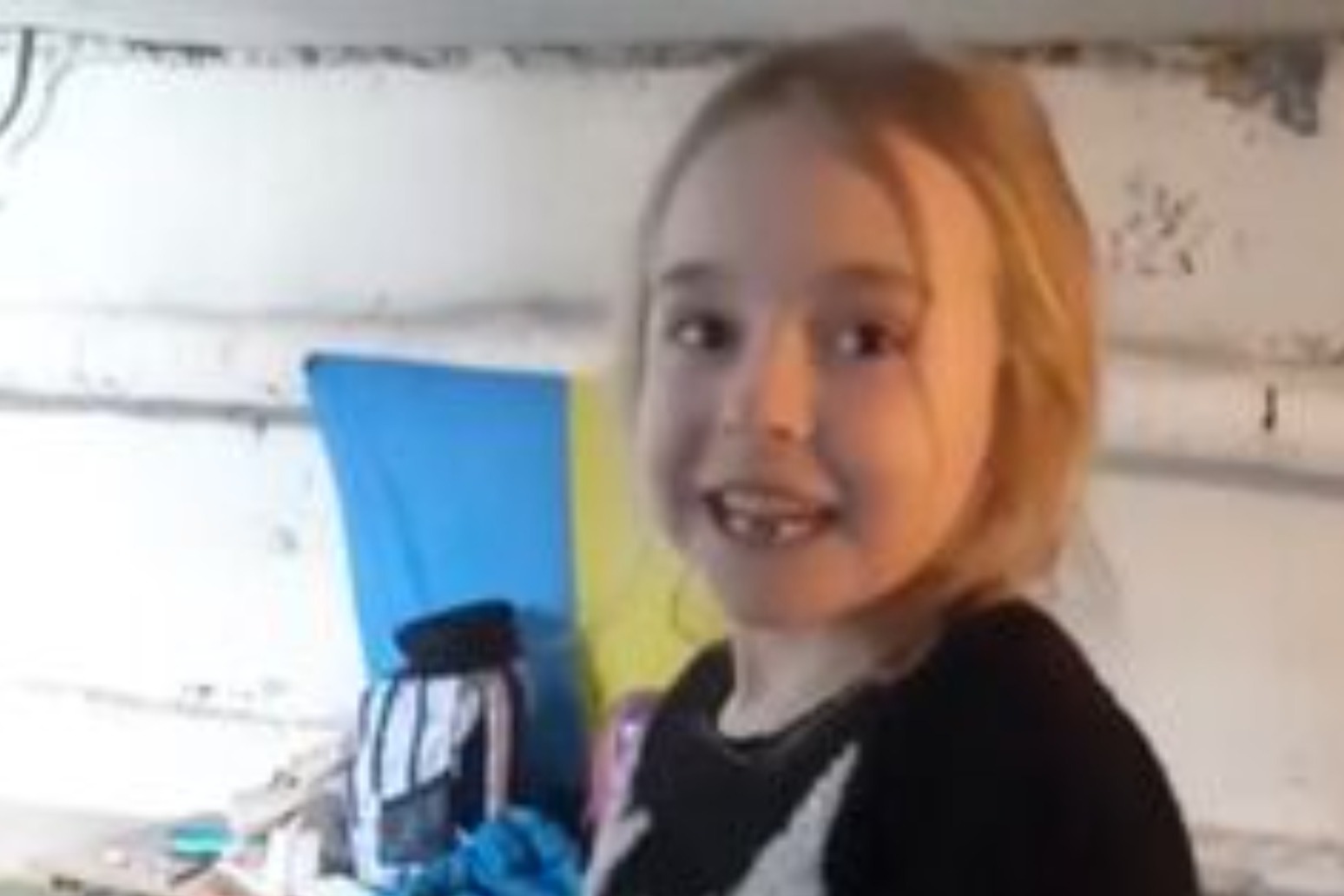 A Ukrainian child sheltering in a bunker has received attention from Broadway star Idina Menzel and ITV’s Holly Willoughby after a video of her singing Let It Go went viral on social media.

The young girl, believed to be called Amelia, was captured singing the hit from the Disney film Frozen in her native tongue from an underground bunker in the capital Kyiv, as people gathered around to watch.

The video, posted to Facebook by user Marta Smekhova, has garnered more than 86,000 likes and been watched 2.6 million times since it was posted to the platform on Thursday.

Menzel, who voiced the lead role of Elsa in Disney’s 2013 musical, showed her support for Amelia to her more than 680,000 followers on Twitter.

The star reposted the video with yellow and a blue heart emojis and wrote: “We see you. We really, really see you.”

Alongside the original video posted on Facebook, Ms Smekhova wrote that she had spoken to the little girl after spotting her drawing “bright pictures” in the dim light of the shelter.

Translated from Ukrainian to English by Google, her post reads: “She told (me) that in addition to drawing she loves to sing… and whispered her dream that she wants to sing on the big stage in front of an audience.

“I said do you see how many people are here? Here for them you will sing.”

Ms Smekhova wrote that she was initially worried that no-one would be able to hear Amelia’s singing, but continued: “From the first word there was complete silence in the bomb shelter.

“Everyone put aside their work and listened to a song performed by this girl who just radiated light.

“Even the men couldn’t hold back their tears.”

After getting permission from Amelia’s mother to share the video online, Ms Smekhova said she promised the family that she would make sure people worldwide would see it.

Menzel was not the only celebrity to be moved by Amelia’s performance, as This Morning host Holly Willoughby was visibly emotional while introducing a clip of the video on the breakfast show on Monday.

Journalist Camilla Tominey, who was speaking on the programme, said: “I haven’t seen that before actually… She’s the age of my youngest daughter, it’s awful.”