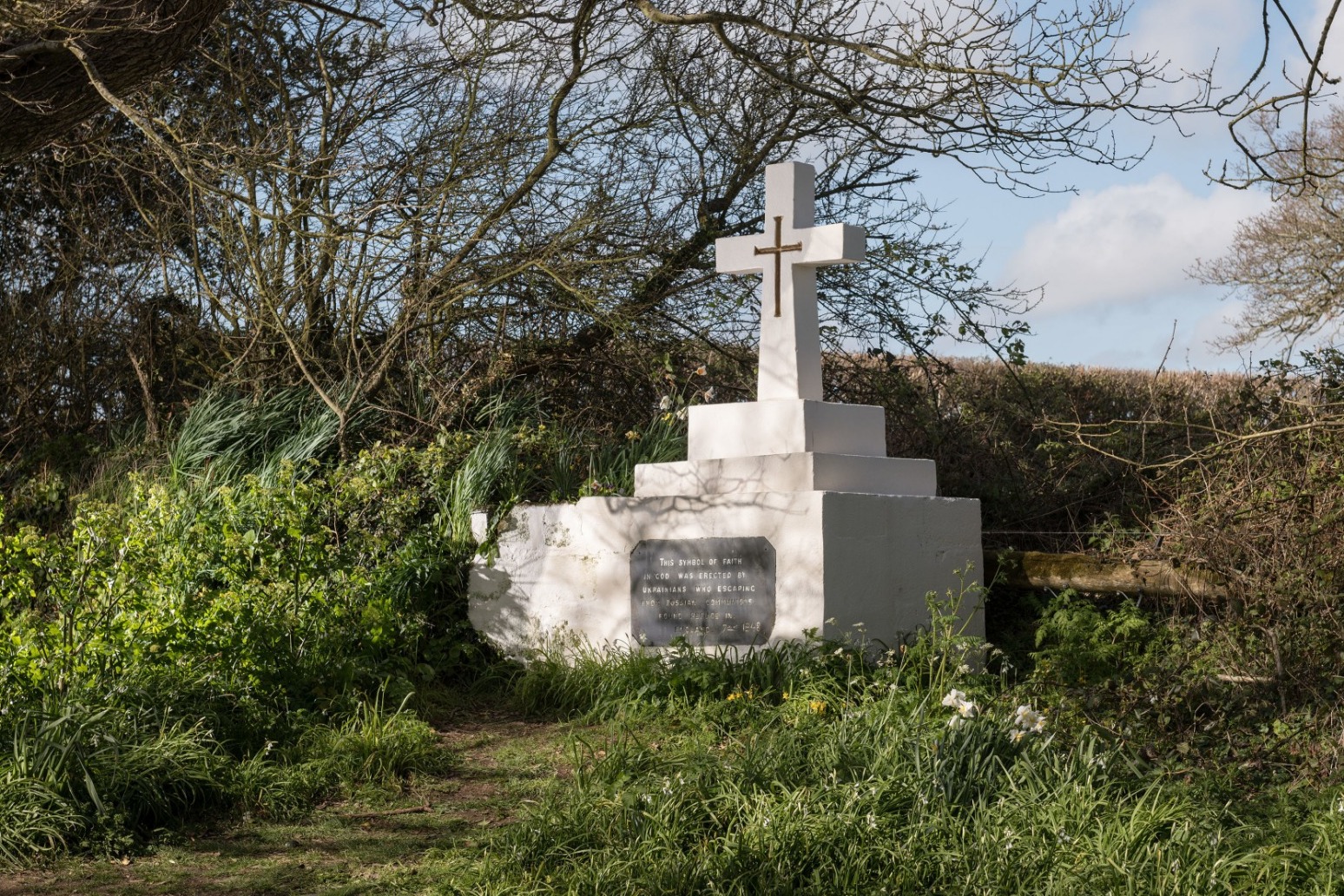 Ukrainian refugees living in the UK will mark the confirmation of Grade II-listed status for a Second World War-era Ukrainian Cross which represents “Britain’s solidarity with the Ukrainian people”.

The cross is being granted listed status to recognise its significance as a symbol of Ukrainian gratitude for refuge in Cornwall following the war.

Refugees from Ukrainian cities including Kharkov, Kyiv and Lviv will meet with dignitaries from the UK and Ukraine at the site of the cross in Mylor Bridge in Cornwall.

Deputy ambassador of Ukraine to the UK, Taras Krykun, and UK Heritage Minister Nigel Huddleston will both visit the landmark on Thursday.

Mr Huddleston said: “This poignant Ukrainian Cross is an important symbol of Britain’s solidarity with the Ukrainian people.

“Just as we welcomed those fleeing Soviet Russia 75 years ago, the whole country stands alongside Ukrainians escaping the atrocities of Putin’s illegal war today.”

Following the Second World War, hundreds of displaced Ukrainians found themselves in Cornwall after fleeing violent persecution by the communist regime installed in their home country by the Soviet army.

A year after their arrival, the Ukrainian refugees built a cross near to their hostel as a symbol of their gratitude for refuge and also of their strong faith.

On June 7 1948, three Roman Catholic priests blessed the cross, which bears the inscription: “This symbol of faith in God was erected by Ukrainians who escaping from Russian communists found refuge in England 7 June 1948.”

It serves as a reminder of the impact of wars on displaced communities throughout history.

The Grade II listing comes as the UK has welcomed more than 95,000 Ukrainians following Russia’s invasion, according to the Department for Digital, Culture, Media and Sport (DCMS).

“The Grade II listing of this cross is a beautiful gesture of companionship and support at a time when a new generation of Ukrainians are being forced to seek refuge in the UK.”

Refugees Minister Lord Harrington said: “As the people of Cornwall open up their communities to Ukrainians, we can today cement their special place in our shared history with this cross – a symbol of our solidarity and a sombre reminder of the cost of war.”

Duncan Wilson, chief executive of Historic England, added: “The Ukrainian Cross is a poignant reminder of the human cost of war and the lives lost and displaced. It is a simple reflection of gratitude for safe refuge and fully deserves to be listed.”