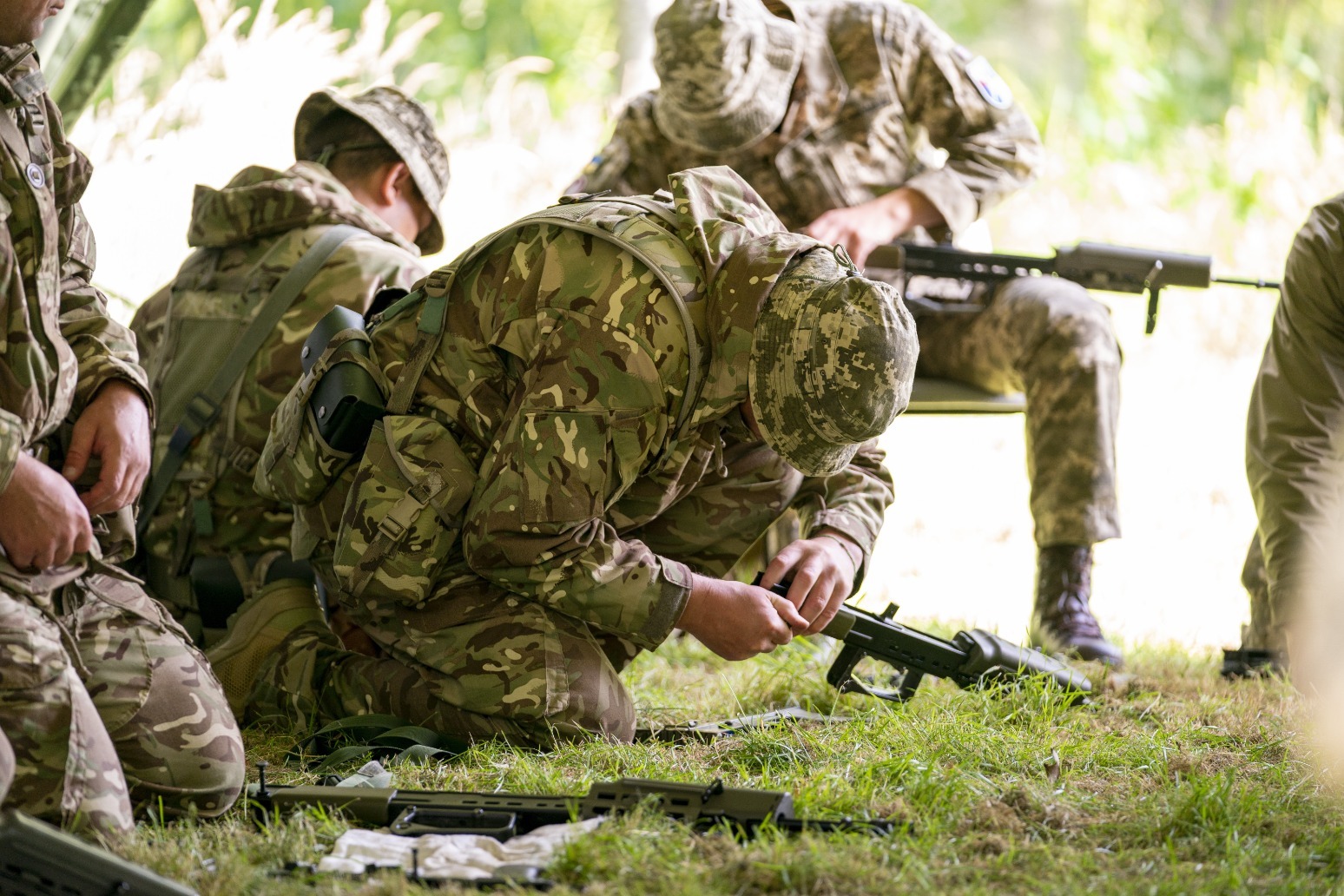 Up to 10,000 troops are set to be taught new skills over the coming months

Ukrainian soldiers being trained by British forces to help them in their fight against Russia have arrived in the UK.

The first cohort in the UK-led military programme met with Defence Secretary Ben Wallace on Thursday as they started their several weeks-long training, the Ministry of Defence (MoD) said.

The programme will train up to 10,000 Ukrainians over the coming months.

Mr Wallace said: “This ambitious new training programme is the next phase in the UK’s support to the Armed Forces of Ukraine in their fight against Russian aggression.

“Using the world-class expertise of the British Army we will help Ukraine to rebuild its forces and scale-up its resistance as they defend their country’s sovereignty and their right to choose their own future.”

Around 1,050 UK service personnel are being deployed to run the programme, which will take place at MoD sites across the North West, South West and South East of the UK.

The training will give volunteer recruits with little to no military experience the skills to be effective in frontline combat. Based on the UK’s basic soldier training, the course covers weapons handling, battlefield first aid, fieldcraft, patrol tactics and the Law of Armed Conflict.

The Government has also procured AK variant assault rifles for the training programme, meaning Ukrainian soldiers can train on the weapons they will be using on the front line.

This was supported by the Welsh Guards, who tested more than 2,400 such rifles in 17 days to ensure they were ready for the Ukrainians to commence their training.

The UK has also gifted clothing and equipment to support Ukrainian soldiers in their training and deployment back to Ukraine.