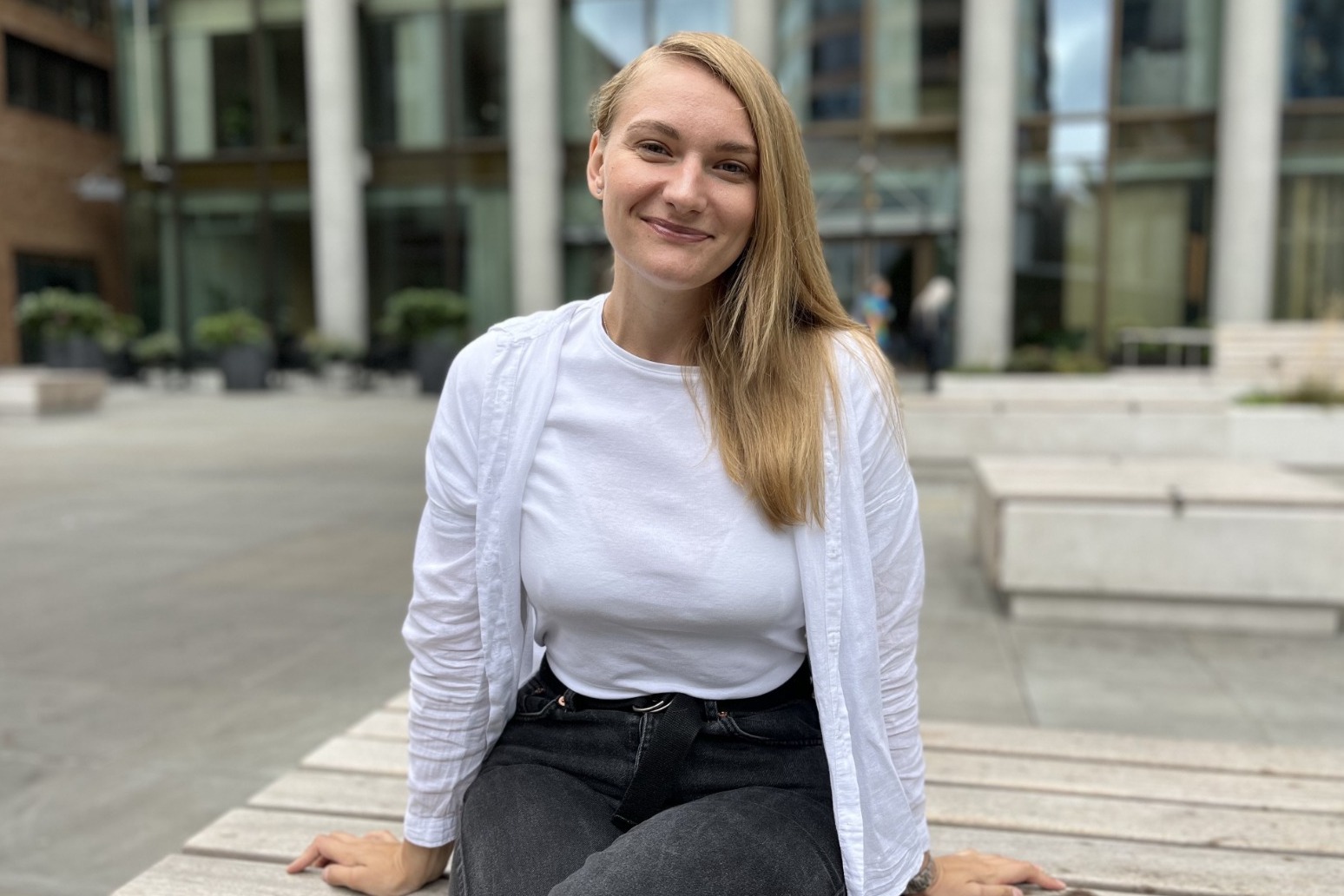 Six months since the start of the Russian invasion, some Ukrainians who have found refuge in the UK said they now feel like they have their “future in front of (them)” as they embark on dream courses.

August 24 marks Ukraine Independence Day, but also six months since Russia invaded the country with no respite to the heavy fighting.

Kateryna Chebizhak, 33, came to the UK in April after fleeing Kyiv with her seven-year old son Kolya, following short stays in Poland and Germany.

“I was staying in Ukraine for a while, but it was very, very frightening,” she told the PA news agency.

“We didn’t feel safe in the Kyiv region. The noise and information I was hearing were awful.

“One day, there was a big explosion not far from our house and the house was shaking. We could see the light from the explosion. I didn’t know if our town would be occupied in a day or two, so we decided to leave.”

Ms Chebizhak was an English teacher in Ukraine, but hoped to pivot to becoming a translator and that dream is set to become a reality because of social enterprise Beam, which raises funds for people looking for work or a home and supplies a case worker. She was referred to Beam by Enfield council.

Beam has helped to fundraise for her to take part in an interpreting course, as well as finding her a full-time job working in administration for a medical centre in central London to help her earn money as she learns.

“I’m in the office every day and I’m doing training for the next six weeks. It’s really interesting and I’m working with a nice team,” she said.

“I’m excited to undergo the interpreting course because I planned to undergo a similar course in Ukraine over the summer.”

“I like to live a very independent life, but I was still very touched and impressed with people who assisted me.”

Some £1,683 was raised in 52 days by more than 60 members of the public and was used to pay for Ms Chebizhak’s Level 7 Diploma in Translation Exam plus Preparation Course with a language tutor, as well as travel costs for the first couple of months in work and work clothes.

Ms Chebizhak now resides in Enfield, London, with her host family and son, who she said has found the UK “impressive”, despite not wanting to have to flee his home.

She said: “He likes the kids as they are very friendly here… he is very successful at school. He likes to learn.”

She added that he is looking forward to participating in his school’s football club.

“This club organised a camp, so he went to the camp and he said he loved it because he played football all day,” said Ms Chebizhak.

She added that despite settling into her new life and her plan to become an interpreter coming true, it was “not the way I wanted” and her parents still being in Ukraine serves as a reminder of the things she had to leave behind because of the invasion.

She said she regularly stays in contact with her parents, who she said “did not want to leave”.

Diana Severyn, 19, who now lives in Wanstead in east London, also had to flee her home in Poltava, western Ukraine, and travelled to Poland alone in March of this year, which she described as a “difficult” time because of repeated bombings.

“I actually feel really nervous about the situation in Ukraine, especially after the middle of March when some cities were under attack already and people and children were getting hurt. It was awful,” she told PA.

“I just try not to think too deeply about it or I get too emotional.”

She eventually came to the UK on April 7 and came across Beam after being referred to them by Haringey council, and the social enterprise has set up a crowdfunder for her to become an admin assistant and pursue a digital marketing course.

“I have previous experience in social media management. I really liked it and wanted to develop my skills further in digital marketing and strategy,” she said.

Her crowdfunder was set up on August 1 and her £2,200 total has been reached through the help of 68 people.

She said: “I’ve already received a laptop and Oyster card from Beam. I’m really happy and I didn’t expect that it would happen so fast.

“Before this, I didn’t know what to do. I now have a straight path to my future thanks to Beam and I feel really motivated.

“I feel like every road is opening for me and I am guaranteed a good future.

“When I came here, I felt a bit scared, but now I feel like I have my future in front of me.”

Seb Barker, co-founder and chief operating officer of Beam, said: “Beam is supporting refugees like Kateryna and Diana to resettle in the UK, by giving them an online support network and all the tools they need to accelerate their journey into stable work and housing. If you work in local government and are worried about the refugee crisis, please get in touch.”