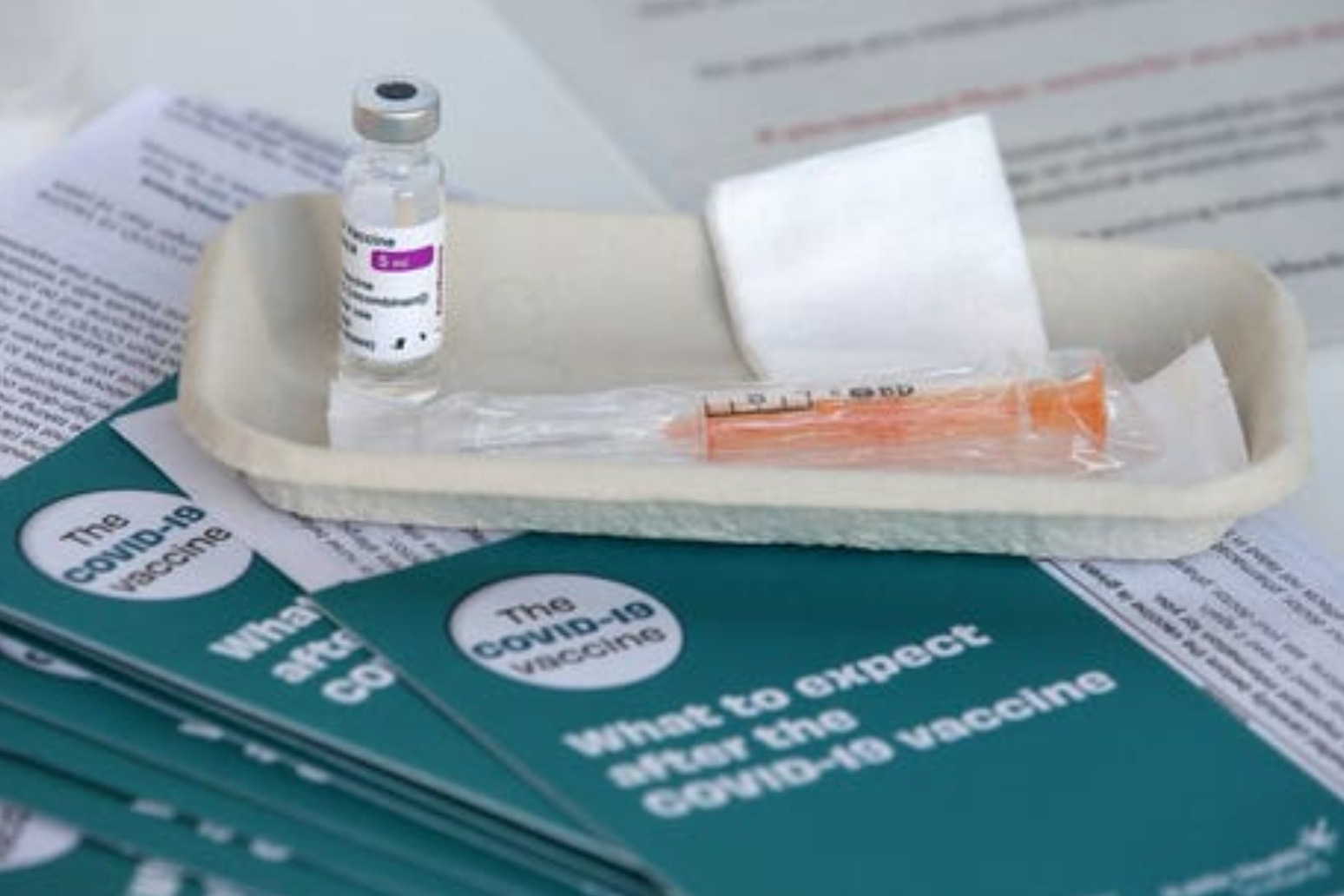 People in their 40s are likely to have to wait until May to get their Covid-19 vaccine after problems with a shipment of the AstraZeneca jab from India impacted supply.

Professor Martin Marshall, chairman of the Royal College of GPs, said news of constraints in supply was “disappointing” and “a bit of a setback”, and the focus in April will be on giving second doses to people who were vaccinated earlier in the year.

“The impact of this shortage of supplies will happen on the group that we were hoping to start on in April, which is the people under the age of 50 without any pre-existing conditions, who are now going to have to wait until May,” he told BBC Radio 4’s Today programme.

Cabinet minister Robert Jenrick also conceded that the rollout of vaccines would be slower than expected because of the shortage, while Professor Adam Finn, a member of the Joint Committee on Vaccination and Immunisation (JCVI), said vaccination of those aged under 50 “may kick off slightly later than we’d optimistically hoped”.

A delay in the delivery of five million doses of the AstraZeneca coronavirus vaccine from India is partly to blame for a forthcoming reduction in the UK’s supply.

The delivery had been expected from the Serum Institute of India but has been held up by four weeks.

The Housing Secretary told BBC Breakfast the final goal of vaccinating all adults with one dose by the end of July was still on track.

However, vaccination and rollout figures suggest the NHS had been set to easily beat that target.

Mr Jenrick said: “We are experiencing some supply issues so it does mean the vaccine rollout will be slightly slower than we may have hoped, but not slower than the target we set ourselves.

“We’re going to move forward as quickly as we possibly can but it won’t be as fast as we might have hoped for a few weeks, but then we have every reason to believe that supply will increase in the months of May, June and July.”

He said the Government had learned of coronavirus vaccine supply issues “in the last few days”, and suggested the problem is not due to reductions from a single nation.

“We have learned from some of our manufacturers that there are going to be some supply issues in the last few days,” he told BBC Radio 4’s Today programme.

“A number of global manufacturers are experiencing issues.”

Pressed if the issue was vaccine coming from India, he said: “It’s not that there’s any one factory responsible for this or any one country.”

Prof Finn, from the University of Bristol and a member of the JCVI, told Today that “vaccines are definitely tricky when it comes to supply”.

He added: “Historically we’ve always tried in the UK to have more than one supplier of more than one vaccine, whenever possible, because this does come up from time to time.

“And I think even more so then at the present time, because these vaccines are new technology, and manufacturing them at scale is quite tricky.”

Prof Finn said the current aim was to complete priority groups 1-9 (aged 50 and above plus health conditions) but also “to deliver on those second doses because JCVI has been very clear from the outset that those second doses must be given in order to provide the long-term protection that people need”.

He said the 12 weeks between first and second doses must “not be allowed to slip significantly and I think it may mean that the next phase, phase two (under-50s), may kick off slightly later than we’d optimistically hoped”.

A letter to health leaders in England, published on Wednesday, warned of a “significant reduction in weekly supply” of the vaccine from March 29, “meaning volumes for first doses will be significantly constrained”.

The letter from Emily Lawson, NHS chief commercial officer, and Dr Nikita Kanani, medical director for primary care, said people “aged 49 years or younger should not be offered vaccination” unless they are in a higher priority group, such as being clinically vulnerable.

It added that the UK’s vaccines taskforce predicts the shortfall will last four weeks “as a result of reductions in national inbound vaccines supply”.

A spokesperson for the Serum Institute of India told the BBC: “Five million doses had been delivered a few weeks ago to the UK and we will try to supply more later, based on the current situation and the requirement for the government immunisation programme in India.”

AstraZeneca has partnered with the institute, which is the world’s largest vaccine manufacturer, for supplies to the Indian government but also to other countries, including low and middle-income ones.

It comes as the European Medicines Agency (EMA) is to deliver its verdict on the safety of the AstraZeneca vaccine after more than a dozen European countries halted its rollout over fears regarding blood clots.