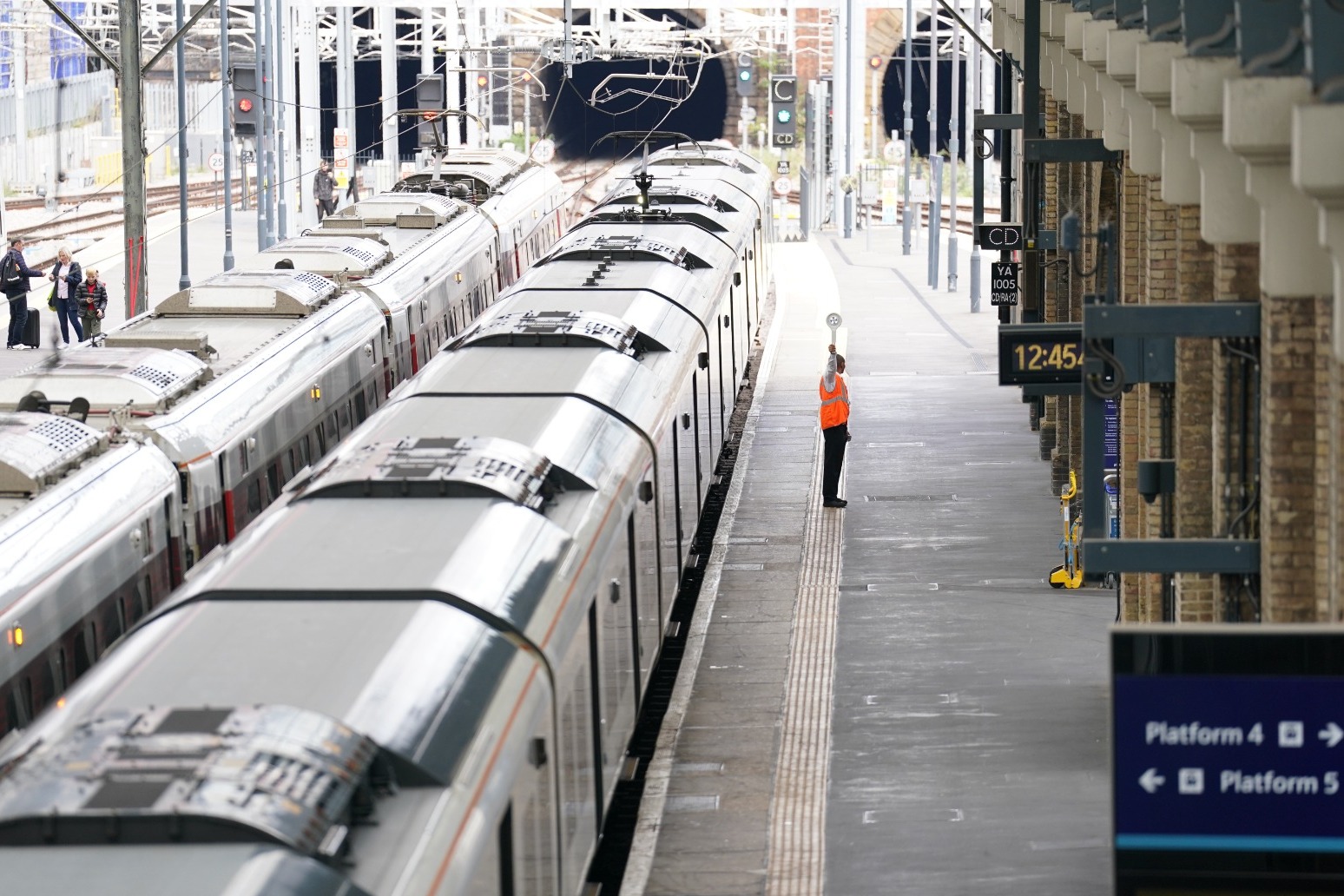 Tens of thousands of railway workers will stage fresh strikes in a long-running dispute over pay, jobs and conditions.

Tens of thousands of railway workers will stage fresh strikes in a long-running dispute over pay, jobs and conditions.

The Rail, Maritime and Transport union (RMT) said its members at Network Rail and 14 train operators will walk out on September 15 and 17.

The union said more than 40,000 of its members will strike, warning it will “effectively shut down” the rail network.

A series of stoppages in the bitter, deadlocked row have already been held.

Talks between the union and rail industry have been ongoing but there has been no breakthrough or new offers from either Network Rail or the operators, the union said.

RMT general secretary Mick Lynch said: “Our members have no choice but to continue this strike action.

“Network Rail and the train operating companies have shown little interest this past few weeks in offering our members anything new in order for us to be able to come to a negotiated settlement.

“Grant Shapps (Transport Secretary) continues his dereliction of duty by staying in his bunker and shackling the rail industry from making a deal with us.

“We will continue to negotiate in good faith, but the employers and Government need to understand our industrial campaign will continue for as long as it takes.”

The news follows announcements by Aslef and the Transport Salaried Staffs Association of strikes by their members in the coming weeks.

A Department for Transport spokesperson said: “Yet again, union leaders are choosing self-defeating, co-ordinated strike action over constructive talks, not only disrupting the lives of millions who rely on these services but jeopardising the future of the railways and their own members’ livelihoods.

“These reforms deliver the modernisations our rail network urgently needs, are essential to the future of rail, and will happen, strikes will not change this.”

Andrew Haines, Network Rail chief executive, said: “We want to give our employees a decent pay rise and we’re doing everything we can to find a breakthrough in talks.

“It isn’t fair to ask taxpayers or passengers to fund this pay rise, so we must fund it ourselves, which is achievable if the unions will work with us to modernise and run the railway more efficiently.

“Our latest offer of a two-year 8% pay rise, with heavily discounted travel and a guarantee of no compulsory redundancies, is affordable from within our own budgets, but the RMT remains unwilling to give its members the chance to vote on it despite knowing that members at another union overwhelmingly accepted a similar deal.

“Frustratingly, the RMT’s decision to call further action means we will again have to ask passengers to stay away from the railway on September 15 and 17, at a time when we should be focusing on building a railway fit for a 21st century, post-pandemic Britain.”