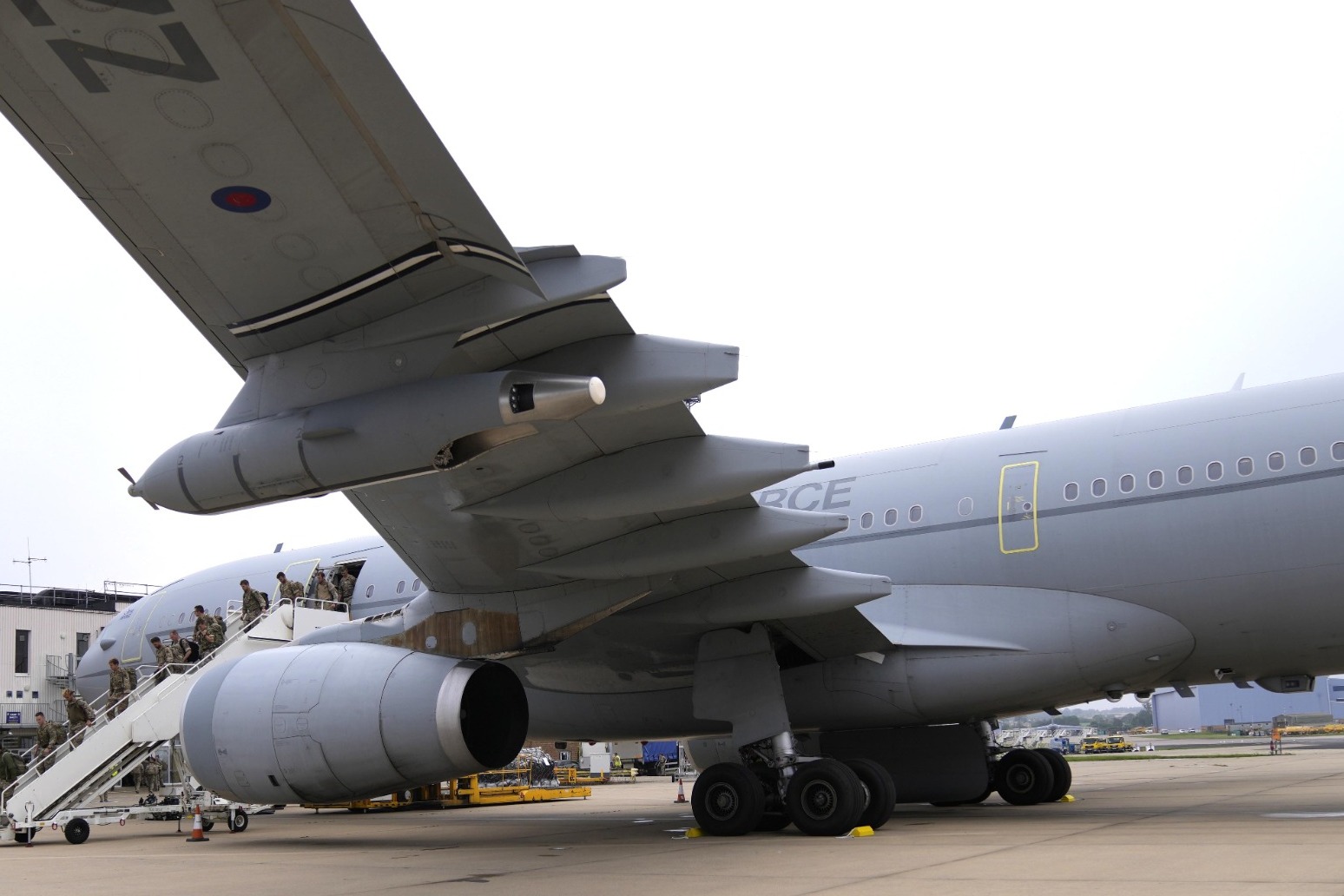 Civilian evacuations from Afghanistan will finish on Saturday, the head of the UK armed forces has said as troops prepared to head home following a “heartbreaking” effort.

Civilian evacuations from Afghanistan will finish on Saturday, the head of the UK armed forces has said as troops prepared to head home following a “heartbreaking” effort.

General Sir Nick Carter, the Chief of the Defence Staff, said Operation Pitting – the effort to evacuate UK nationals and eligible Afghans from Kabul airport – had “gone as well as it could do in the circumstances”.

“We’re reaching the end of the evacuation, which will take place during the course of today,” he said.

“And then of course it’ll be necessary to bring our troops out on the remaining aircraft.”

Sir Nick also spoke of the “heartbreaking” judgment calls military personnel had been forced to make.

“We haven’t been able to bring everybody out and that has been heartbreaking, and there have been some very challenging judgments that have had to be made on the ground,” he said.

“And I think that, you know, people like me, who have had a very, very long association with this country, we are forever receiving messages and texts from our Afghan friends that are very distressing, so we’re all living this in the most painful way.”

Labour’s shadow defence secretary John Healey told Sky News he also expected the operation to wrap up within 24 hours, as flights continued to arrive overnight on Friday and into Saturday morning at RAF Brize Norton in Oxfordshire.

Mr Healey said: “This is the brutal truth, despite getting more than 14,000 people out, there are probably 1,000 Afghans who have worked with us over two decades in Afghanistan, helped our troops, our aid workers, our diplomats, that we promised to protect, but we’re leaving behind.

“And I know those troops in particular will feel our failure on this as a country is a betrayal of many of those who risked their own lives to work alongside us.”

The Ministry of Defence said on Friday that once the final civilian evacuations were complete, this would free up space on military flights for diplomats and personnel.

But Tom Tugendhat, a Tory MP who fought in Afghanistan, said he was disappointed the evacuation effort was coming to an end.

The former army officer and now chairman of the Commons Foreign Affairs Select Committee told BBC Breakfast: “I’m extremely sad about this and I very much hope that it might go beyond the August deadline but we found out a few days ago that it wasn’t, so I was expecting it.

“It still leaves me extremely sad that so many of my friends have been left behind.

“What I am working on, and you’ll understand I’m afraid that I’m not going to give you complete details about this, we’re looking at different networks to get people into second countries, and then connecting them to high commissions and ambassadors of the United Kingdom, to get them to the UK safely.”

Defence Secretary Ben Wallace previously admitted there were between 800 and 1,100 Afghans eligible under the Afghan Relocation and Assistance Policy (Arap) scheme who would be left behind, while around 100 and 150 UK nationals will remain in Afghanistan, although Mr Wallace said some of those were staying willingly.

But a number of MPs have said that based on the correspondence they had received asking for help, they thought this was an underestimation.

On Friday, Boris Johnson pledged to “shift heaven and earth” to allow those who wished to leave the country to do so after the August 31 withdrawal deadline set by the Americans.

In the early hours of Saturday, the US military conducted an airstrike against a member of so-called Islamic State in Afghanistan who was believed to be involved in planning attacks against the US in Kabul.

The strike killed one individual, and US spokesman navy captain William Urban said they knew of no civilian casualties.

The MoD said on Friday night that 14,543 people had now been extracted from Kabul since August 13, a mix of Afghan and British nationals.

Some 8,000 of those were Afghans and their families under the Arap scheme, which applies to those who helped the UK and are at risk of persecution by the Taliban.