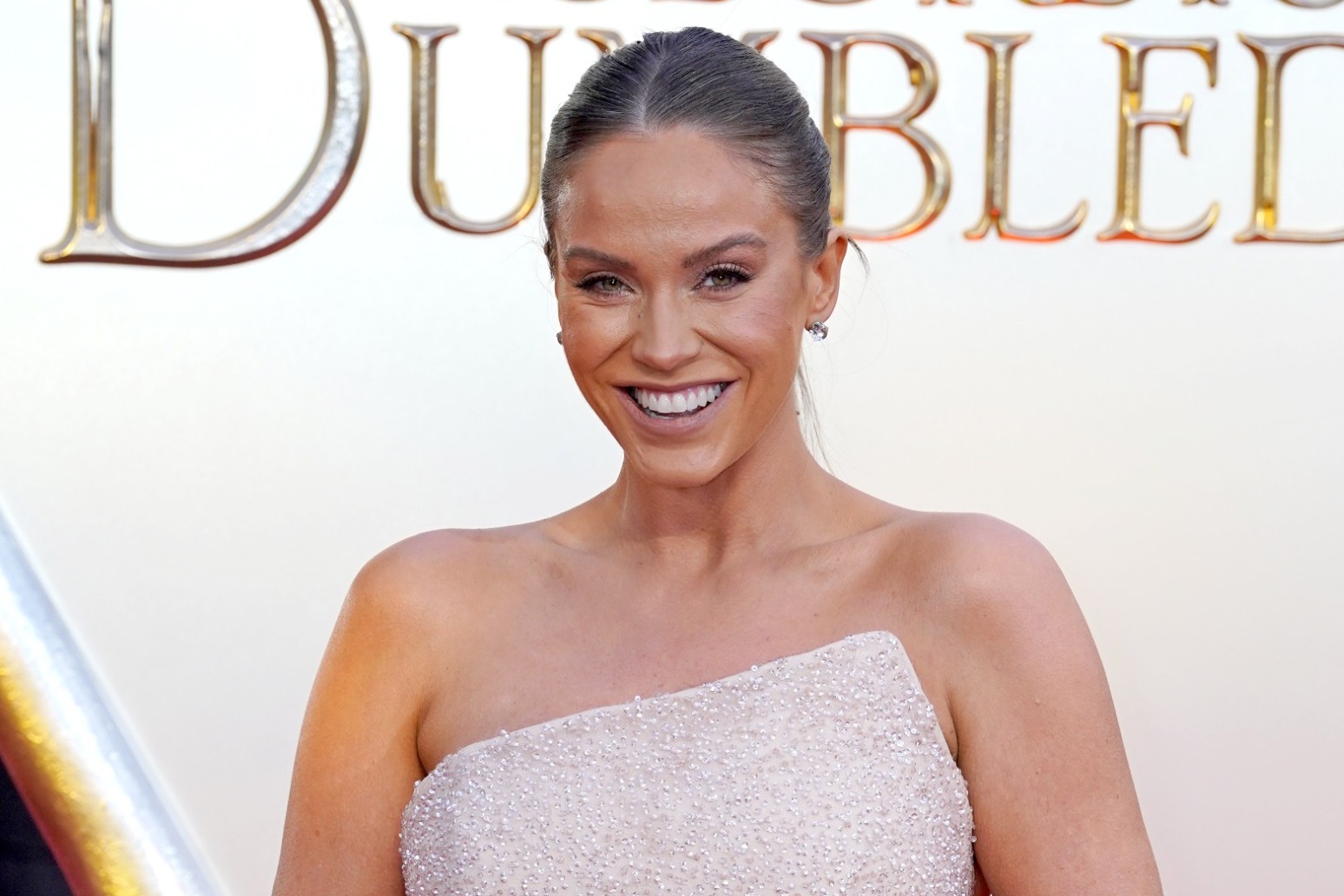 Vicky Pattison says she was worried she would “go the same way” as her father and become an alcoholic, leading her own children to be “broken”.

The Geordie Shore star, who was known for her excessive drinking, said despite not wanting to emulate her father’s behaviour, there had been times in her life when she had been “exactly like him”.

It comes ahead of the release of her new Channel 4 documentary Vicky Pattison: My Dad, Alcohol and Me.

Pattison, 34, said she hoped the film would “bring more sunlight to alcoholism and breakdown the stigma surrounding it”.

Speaking to The Times Magazine, she talked about Geordie Shore and how her fellow “cast members” had gained a reputation for “glamourising” binge drinking.

Pattison said she feels “sick to her stomach” watching back at clips from the Newcastle-based reality show, and that she “didn’t like who it made me become”.

“I believed I was my father’s daughter, so it was going to happen sooner or later and didn’t really matter when,” she told The Times.

“Loads of people on the show had a really nice time and became funny and silly and then stopped. That was never me. I don’t have an off switch and I was never a nice drunk.”

Pattison added that she “did not blame” the show’s producers, but at the age of 22 did not have the skills to “navigate being surrounded by that much alcohol”.

The reality star was arrested in 2013 after throwing a shoe inside a bar which injured a woman and a staff member.

She was suspended from Geordie Shore and says she contemplated suicide but was supported through by her sister and a friend.

She returned to the show for two more series and finally quit in 2014.

She told The Times she remembered being used “as a human walking stick” by her father, John, and that as she got older, his drinking became worse.

“When you grow up with something, you just think it’s normal,” she said.

“I thought all houses were loud. Dad used to fall over an awful lot.”

“The idea that alcoholism was some kind of gene frightened me and made me think I had no option but to go the same way. I saw I needed to take steps to change things.”

Pattinson says that she wants to be a mother despite harbouring doubts, and hopes that her new documentary will give people a better understanding of the lives of alcoholics and their children.

“I didn’t understand and I used to get mad – mad at my dad and mad at myself, because I’d see myself destroying everything I’d prayed for and I couldn’t stop,” she said.

On her previous claim she would not have children, she said: “The real reason was because I had all my dad’s issues and hang-ups and addictions, and I was so frightened my children would end up like me: broken.”

She now lives in north London with her fiance, The Only Way Is Essex star, Ercan Ramadan, and despite maintaining a “complicated” relationship with alcohol, is adamant she is not an alcoholic herself.

“It’s a slippery slope from being social to being dependent to being addicted,” she said.

“My dad’s never wanted anything more than a drink. But I do want things.”

Teasing the documentary on Instagram, Pattison described it as a “pinch me moment”.

“I made this documentary to bring more sunlight to alcoholism and breakdown the stigma surrounding it,” she said.

“I myself have never had a healthy relationship with alcohol- but I am trying to be better, trying to stop my destructive patterns and hopefully have a life filled with things I love and people that love me.

“Rather than the really dark alternative I’d convinced myself was waiting for me.”