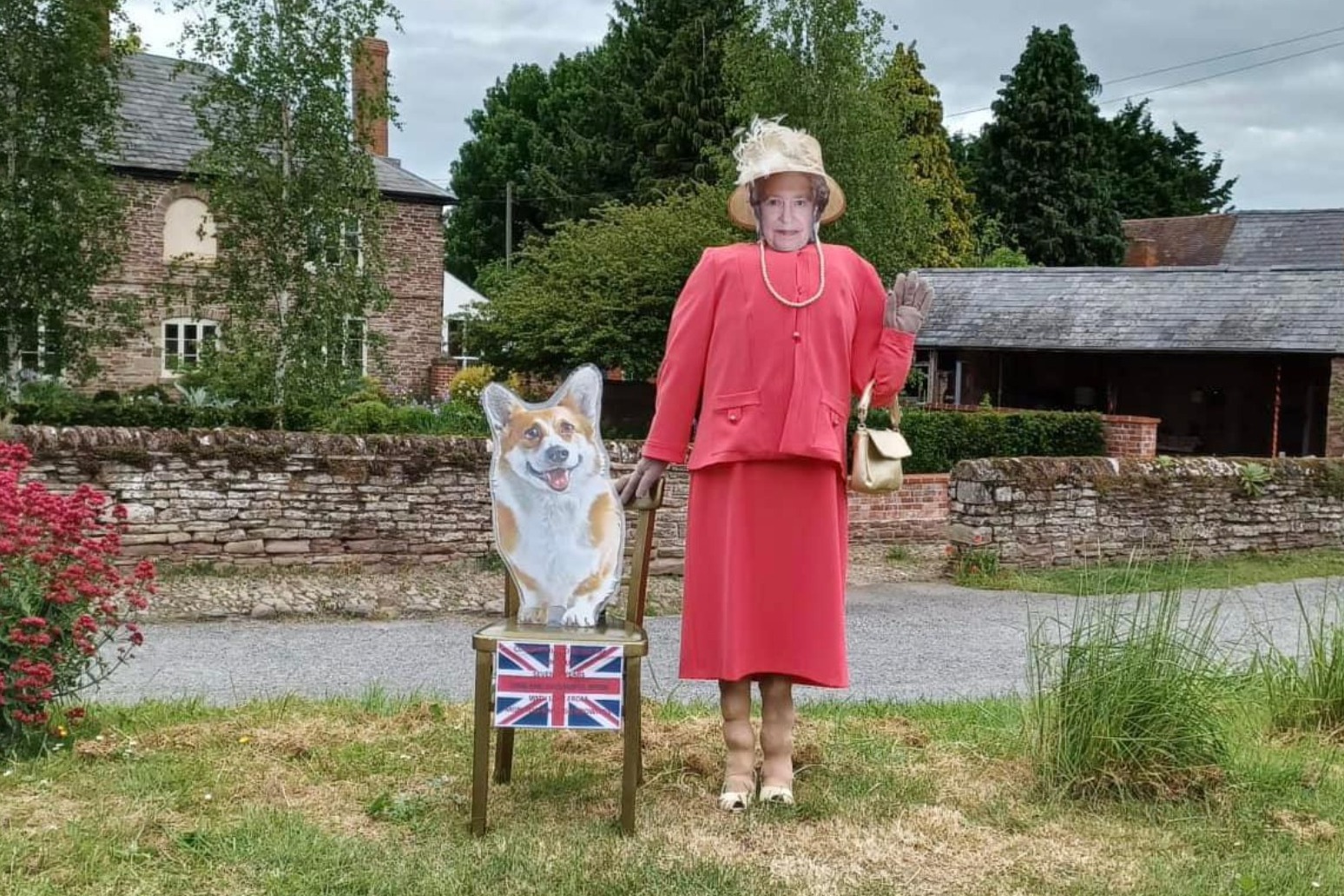 A village in Herefordshire is celebrating the Queen’s Platinum Jubilee with a royal-themed scarecrow competition, crafting 104 figures so far to stand watch ahead of the weekend.

Wellington Village Fun Week is a local event organised every two years, and has this year been taken over by jubilee celebrations.

The week includes themed quizzes, picnics, fireworks and bingo, but many have also taken pride in designing life-sized Queens, Prince Philips, and even royal guards for their gardens.

“The theme this year is kings, queens, princes, princesses or anything with a royal connection,” co-organiser Phil Smith, 68, told the PA news agency.

“For instance, the chapel in the village have done a display of William, the Queen, Philip and all the royal children as one display.

“We’ve probably got a dozen or so Queens dotted around… and a few Purple Rain Princes.”

Wellington Village Fun Week has been running since 1972, with its scarecrow competition first taking place in 2006.

An independent judge from outside of the village will study the figures on Saturday night and announce the winner at a local picnic, where a light show and band will also feature.

Other creations include Princess Fiona from the 2001 film Shrek, Queen frontman Freddie Mercury, and Princess Leia from Star Wars.

“Some of them are really impressive,” Mr Smith said.

“My personal one is the Queen with a parachute and she’s parachuting into my garden, she is stuffed with straw.

“Some people are so artistic and have such imaginative minds. Everyone seems to have grasped it really well.”

Mr Smith said it took him around four days to finish his scarecrow creation of the Queen, but added that the competition is about the “taking part” for the villagers.

“(The prize) might be a couple of bottles of wine and a box of chocolates – the prizes aren’t important, although it is competitive,” he said.

“It’s the prestige, but it’s done in a light-hearted way – it’s banter more than anything.

“Everybody deserves to let their hair down a little bit. Two years of lockdown hasn’t been good for anybody but we’re just taking the opportunity to give something back and everybody has responded brilliantly.”

The village’s self-funded Fun Week is something local people often return to even after moving away, Mr Smith said.

“We’ve done it for a long time now and you watch the children grow up and take part, and they always come back to the village during Fun Week,” he said.

“Even when they are 20 or 30 and they’ve gone off to university, they always seem to come back. Deep down, it’s a sense of belonging and the community which they really like.

“It’s a bit more deep-rooted than just something we put on for the village.”

Mr Smith added that 70 years on the throne is something he “admires” about the Queen.

“The admiration I think everyone’s got of the Queen, the fact she dedicated her life to the country and the fact that she’s actually stuck to her word for 70 years, I think everybody admires that and I think that’s what’s in my mind.”