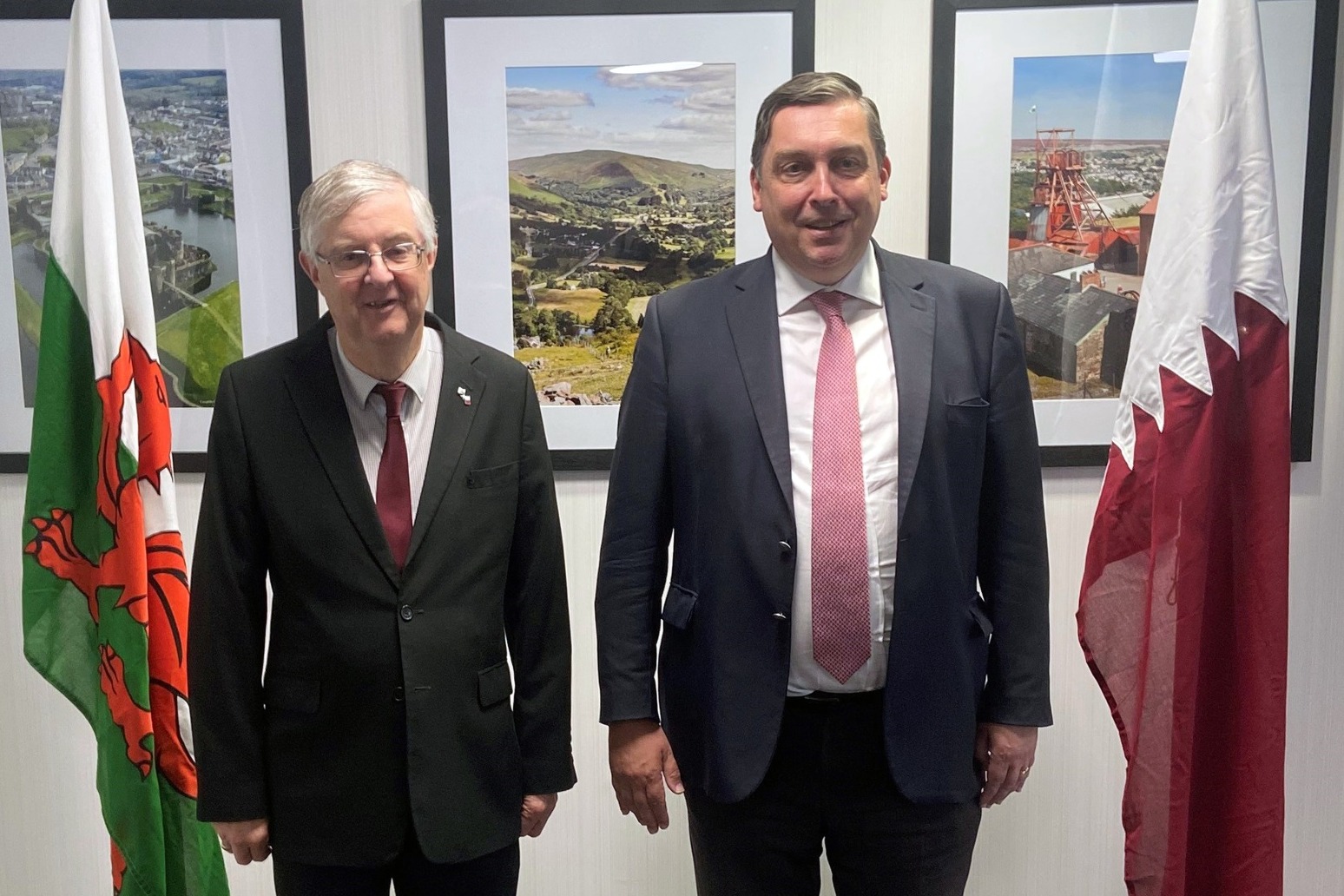 The UK Ambassador to Qatar has visited Cardiff in support of Wales’ World Cup preparations.

Rob Page’s team qualified for the competition after beating Ukraine in the play-offs and will see the likes of Gareth Bale, Aaron Ramsey, Ben Davies and Wayne Hennessey play on the world stage.

All three of Wales’ group games against USA, Iran and England will be played in November at the Ahmad Bin Ali Stadium in Al-Rayyan.

Tickets for the matches are due to be released shortly for sale to supporters club members and the UK Government is encouraging all fans considering going to Qatar to read its travel advice.

“The World Cup will be a hugely historic occasion for Welsh fans, and my Embassy team and I look forward to welcoming the famous Red Wall to Qatar in a few months’ time,” Mr Wilks said.

“I am excited about using this visit to Cardiff to build on our relationships with the Football Association of Wales and Welsh Government, as we work together to support the team and the supporters in their preparations.

“The best thing anyone can do at present is read our Qatar travel advice.

“This contains World Cup-specific information, which will be regularly updated throughout the year and during the tournament itself.

“We want fans to enjoy their experience and they’re more likely to do so if they prepare before they go.”

Staff at the British Embassy in Doha attended an official flag-raising ceremony on June 16 celebrating Wales’ participation in the World Cup.

Anglesey-born diplomat Daniel Phillips, the embassy’s deputy director of trade and investment, was given the honour of hoisting the Red Dragon at the event.

Mr Wilks was born in Worcestershire but has his own Welsh heritage.

“I have some Welsh ancestry which I was fortunate to reconnect with during my teenage years,” he said.

“There were a few Welsh speaking teachers at my school, who I convinced to help me learn the language, and I was subsequently able to achieve an O-Level in my spare time.

“Living in Qatar, I use my fluent Arabic much more than my rusty Welsh, but I hope I can rebalance that slightly ahead of the tournament.

“With an American wife, a former ambassador herself, the World Cup promises to be quite a lively time in our household with Wales, England and USA all in the same group.

“I’ve told them that I shall be belting out God Save The Queen and Hen Wlad Fy Nhadau when England and Wales play the US.”

Welsh Secretary Simon Hart added: “History has been made with Wales qualifying for our first World Cup in 64 years, and I know how many Welsh fans are now planning their attendance.

“The UK Government will continue to work closely with Qatari authorities to support their delivery of a safe and enjoyable tournament for travelling supporters.”