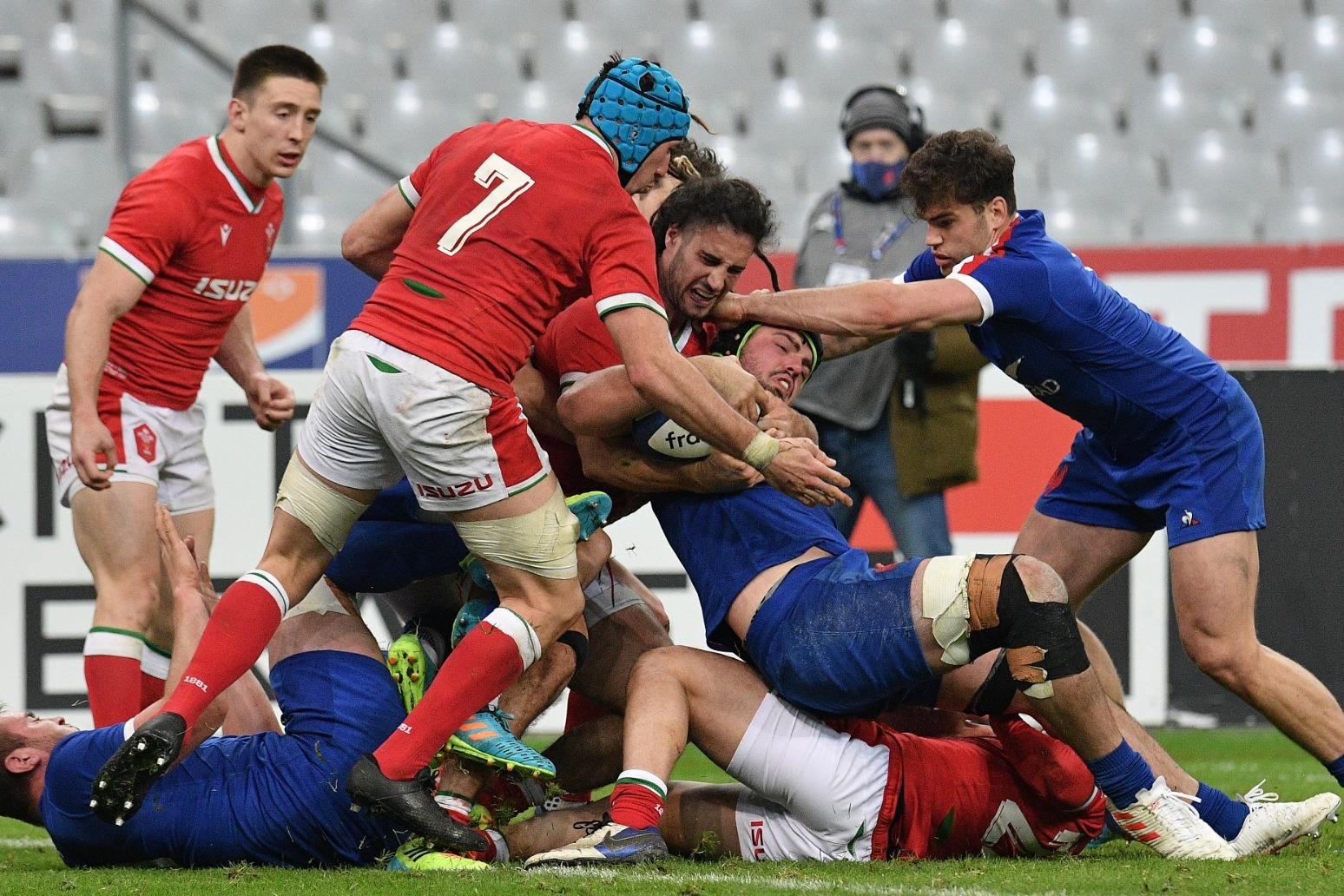 Wayne Pivac admitted Wales were left numb as a France try two minutes into injury time inflicted a 32-30 defeat and deprived them of a Guinness Six Nations Grand Slam.

In a chaotic finale, France had lock Paul Willemse sent off for making contact with the eye area of Wales prop Wyn Jones, while the visitors were reduced to 13 men after Taulupe Faletau and Liam Williams were sent to the sin bin.

Those yellow cards proved costly as France full-back Brice Dulin crossed from the last play of the match and dashed Welsh hopes of a second Grand Slam in three years.

“It’s quite a numb feeling after the boys put in such a fantastic effort,” Wales head coach Pivac said after an epic Paris contest.

“It was hard to defend at that point, but the guys had done tremendously well to hold out.

“It was one too many attack and certainly our discipline didn’t help us in the last 10 minutes.

“It was quite chaotic. The French management were vocal and quite rightly so.

“They were cheering their team on and we were very vocal in terms of hoping for a turnover.

“It just had everything that last 10 minutes. We’ll reflect that it was a hell of a game, but it was a frustrating last passage certainly.”

France could now destroy Wales’ title hopes by beating Scotland with a bonus point next Friday.

Pivac admits the fixture – delayed from last month following a coronavirus outbreak in the French camp – will be a difficult examination for Scotland.

He said: “It’s a very good French side, as you saw from a position in the game where I felt we should have kicked on.

“They just keep coming, a lot of big men, hard on to the ball. They put us under a lot of pressure and, especially at home, they’re a quality side.

“It’s a tough ask for Scotland to come here and win the game, but we’ll be watching eagerly and we’ll see what happens.”

Reflecting on a heart-breaking defeat for his team, Wales captain Alun Wyn Jones said: “I thought we were pretty good for 80-odd minutes of the game.

“With the final phase, the final play, France obviously edged it. They built the pressure, and indiscipline probably cost us, but credit to France for getting the win.

“When it (the title) is out of your hands, you are looking into the future. It will be interesting to see what happens, and I don’t want to speculate on that.

“There is quite a bit of pride, but there is no consolation in that. It (pride) is something you feel and something you can put value on, but we came here to win, and we didn’t do that.

“We will let the dust settle, and see where we are.”

Asked if he felt Wales could have had a penalty try in the second half, Jones added: “It’s funny. We have benefited from decisions, so it would be remiss of me and uncouth of me if I was to shout from the rooftops about decisions that could or should have gone our way. The sport isn’t about that.”

Wales try-scorer Josh Navidi, meanwhile, added: “It was a close, tough match and fair play to France – they went all the way and kept going to the end.

“We’ve got to wait a week now and see what happens.

“In the last 20 minutes we were under the pump, and it is only going to go one way if we are in our own half, defending and giving away penalties.

“We played very well, and to be honest, we should have seen the game out. We didn’t. I am proud of the boys, and we will stay tight.”

France head coach Fabien Galthie accused Wales players of getting Willemse sent off for his alleged gouge on Jones.

Galthie said: “I don’t think he deserves a heavy sanction. If you watch the video there is no contact, or if there is contact it is very limited.

“If you watch the Welsh players they specialise in making sure the opponent gets the red card and their body language is quite clear.

“So I hope that is taken into consideration and I don’t think he deserves a sanction.”

On Les Bleus’ comeback victory after Wales had established a 30-20 lead, Galthie added: “It’s a swimming pool of happiness – happiness without limits.

“I don’t know if you can measure the character of the team.

“But I’m not surprised. They tapped into their deepest reserves and found it when it was needed.”