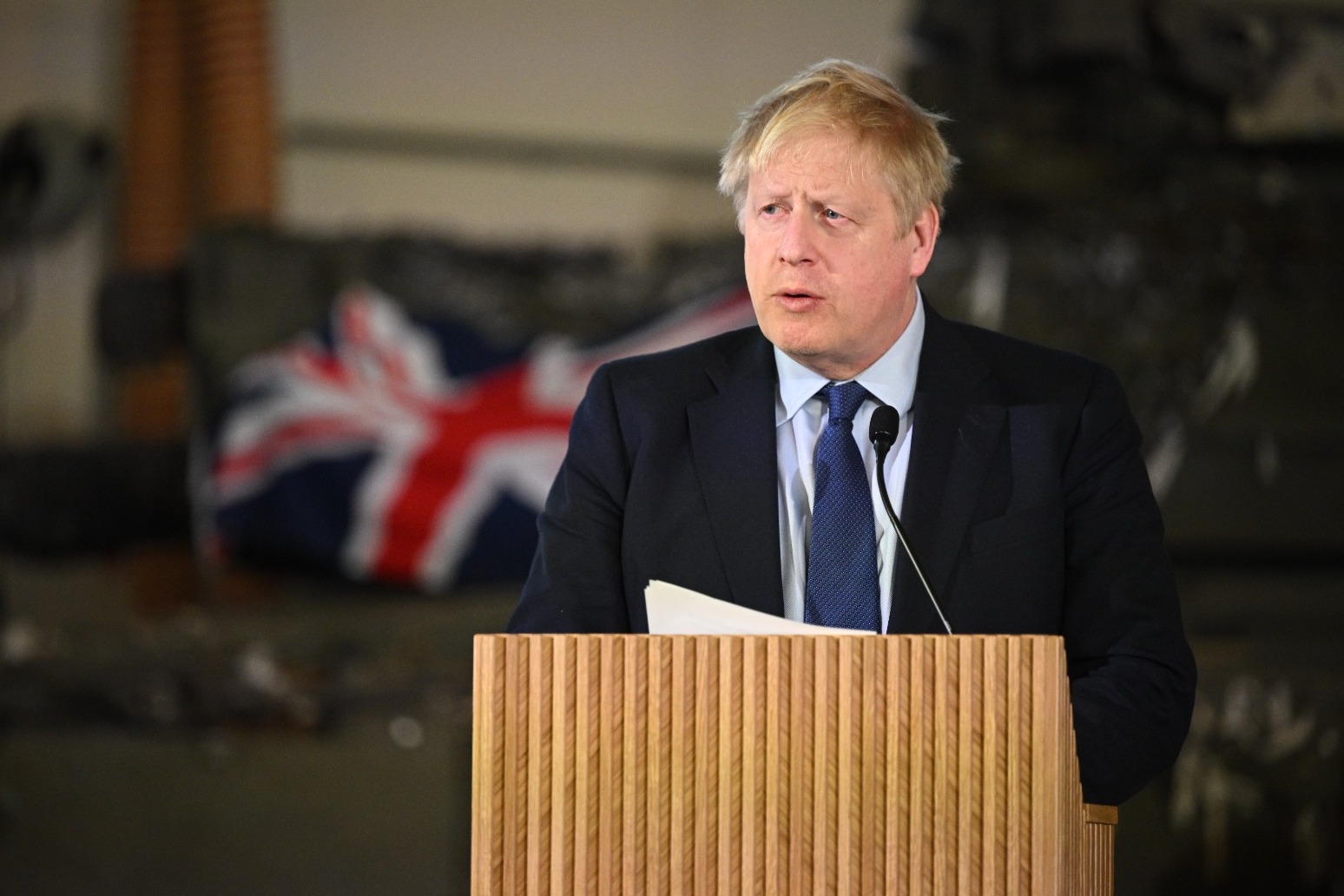 The West has “failed to learn the lessons of Russian behaviour” that have led to the invasion of Ukraine, the Prime Minister said as he warned world leaders: “We need to prepare now for even darker days ahead.”

In a nearly 1,300-word essay in the New York Times published on Sunday, Boris Johnson appealed to his counterparts to do more to resist the normalisation of the Russian offensive.

“Have we done enough for Ukraine? The honest answer is no,” he wrote, as he set out a six-point plan which he thinks will tackle Russian President Vladimir Putin’s advance.

Mr Johnson said “never in my life have I seen an international crisis where the dividing line between right and wrong has been so stark”, as he insisted world leaders “must not allow anyone in the Kremlin to get away with misrepresenting our intentions to find post-facto justification for their war of choice”.

Mr Putin has repeatedly tried to blame fears over the expansion of Nato as a reason for launching the attack on Ukraine.

But Mr Johnson said: “The truth is that Ukraine had no serious prospect of Nato membership in the near future.

“This is not a Nato conflict and it will not become one. No ally has sent combat troops to Ukraine.

“We were ready to respond to Russia’s stated security concerns through negotiation. I and many other Western leaders have spoken to President Putin to understand his perspective.

“It was now clear diplomacy never had a chance. But it is precisely because of our respect for Russia that we find the actions of the Putin regime so unconscionable.

“We have no hostility towards the Russian people and we have no desire to impugn a great nation, a world power and a founding member of the United Nations. We despair of the decision to send young innocent Russians into a bloody and futile war.”

Mr Johnson called on leaders to mobilise an “international humanitarian coalition” for Ukraine and support the country “in its efforts to provide for its own self-defence”.

The economic pressure on the Kremlin should be ratcheted up, he said, and leaders must resist the “creeping normalisation” of what Russia is doing in Ukraine.

“We have failed to learn the lessons of Russian behaviour that have led to this point,” he wrote.

“No-one can say we were not warned: we saw what Russia did in Georgia in 2008, Ukraine in 2014 and even on the streets of the British city of Salisbury. And I know from speaking to my counterparts on recent visits to Poland and Estonia just how acutely they feel the threat.”

Mr Johnson also said while diplomatic paths to resolving the war must be pursued, this could only be done with the full participation of the “legitimate Government of Ukraine”.

He added that there also needs to be a rapid campaign to strengthen security and resilience across the Euro-Atlantic area.

“It is no longer enough to express warm platitudes about the rules-based international order. We are going to have to actively defend it against a sustained attempt to rewrite the rules by force and other tools such as economic coercion,” he said.

He told Times Radio: “In many ways, some of our allies could reasonably turn around and say ‘well it’s all very well for you, Boris Johnson, but you’ve got to now match some of your tough rhetoric with your own action, particularly on humanitarian assistance, on diplomacy and on sanctions’.”

The Prime Minister’s intervention comes as a desperate humanitarian crisis emerges in Ukraine.

The hopes of a temporary ceasefire in two Ukrainian cities were revived on Sunday, after a previous attempt on Saturday could not go ahead due to continued shelling.

Eduard Basurin, the head of the military in separatist-held Donetsk territory, said safe passage corridors for residents of the besieged port city of Mariupol and the city of Volnovakha will reopen.

“Of course, we want to do everything we can. We should exhaust all opportunities to try and provide humanitarian relief. But I think you only have to look at his track record in Syria to see that we need to be very careful to test any assurances Vladimir Putin gives.”

Ukrainian deputy prime minister Olha Stefanishyna told the programme Ukrainians would “never trust” what the Russians say and that they know “the Russian playbook by heart”.

Meanwhile, Mr Raab defended the UK’s support to Ukrainians fleeing the country, after reports in the French media that 150 refugees had been turned away at Calais because they did not have a visa.

French interior minister Gerald Darmanin is reported to have written to Home Secretary Priti Patel accusing London of a “totally inadequate response” and “lack of humanity” and calling on her to set up a proper consular presence in Calais to deal with the humanitarian crisis.

Mr Raab did not deny the refugees had been turned away, and said: “Look, if we just open the door not only will we not benefit the people that we need to, the genuine refugees, but I think we undermine the popular support for this very thing, so I don’t think that’s the right thing to do.

“We need to make sure that we’re acting for those that need our support.”

More than 1.5 million refugees have fled Ukraine in the past 10 days in the fastest-growing refugee crisis in Europe since the Second World War, the United Nations has said.