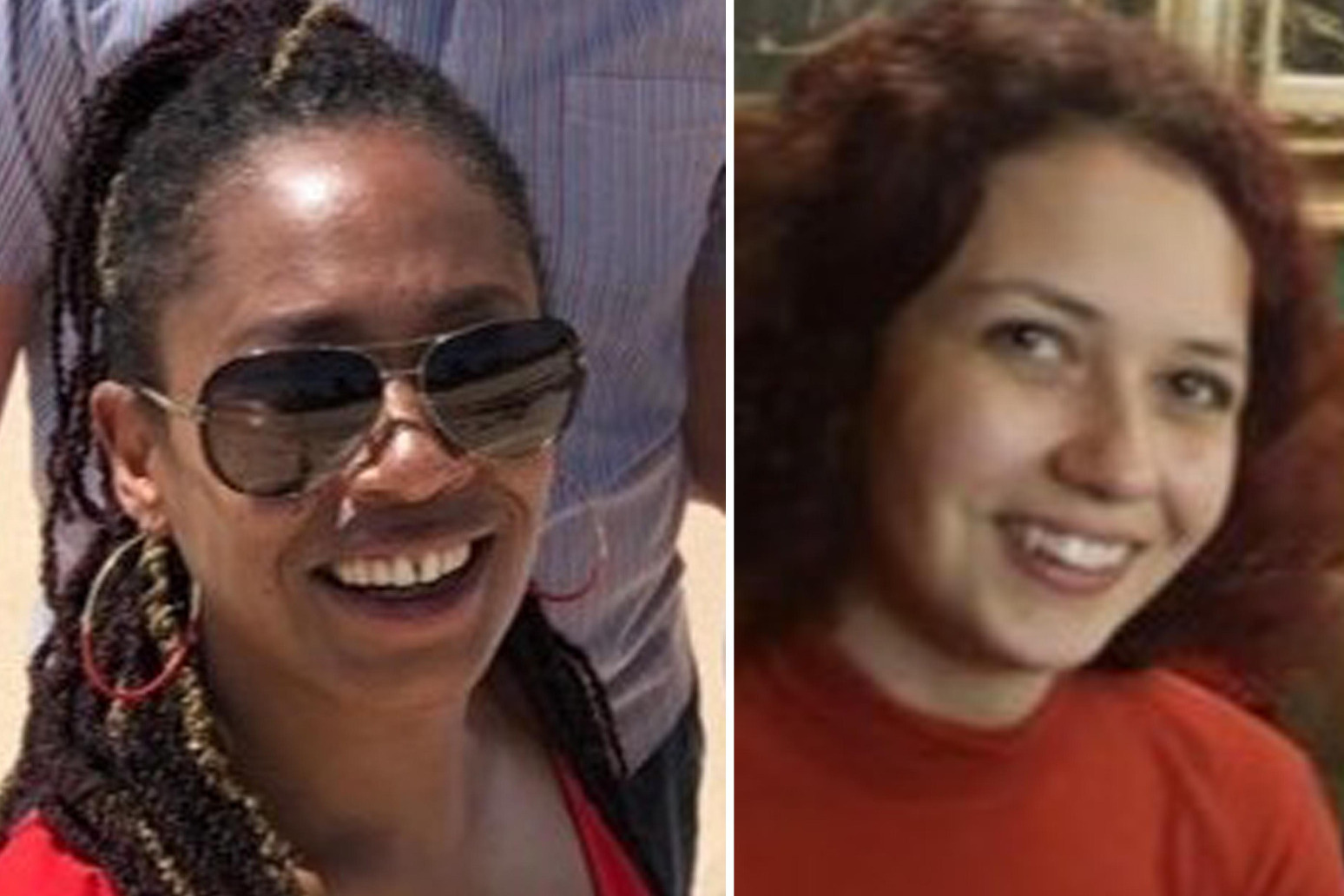 Two police officers who took pictures of murdered sisters for a “cheap thrill” have been jailed for two years and nine months.

Instead, the officers moved from their posts to take photographs of the bodies, which were then shared with colleagues and friends on WhatsApp.

One was a “selfie-style” image on which Lewis had superimposed his face.

Jaffer, 47, of Hornchurch, east London, and Lewis, 33, from Colchester, Essex, pleaded guilty to misconduct in a public office.

On Monday, Judge Mark Lucraft QC rejected an appeal for the officers to be spared custody, jailing each of the men for two years and nine months.

Judge Lucraft said: “The public expects, and rightly so, the highest of standards from police officers.

“I am sure there will be many thousands of officers in police forces in this country and abroad utterly horrified by your actions.

“It is appalling and inexplicable conduct.

“Here, the two of you not only violated the police cordon, with the effect that had on the scene and on the investigation, but then wholly disregarded the privacy of the two victims of horrific violence and their families for what can only have been some cheap thrill, kudos, a kick or some form of bragging right by taking images and then passing them to others.”

Afterwards, the Metropolitan Police apologised to the victims’ family for the defendants’ “shameful” and “utterly unprofessional” actions.

Graham Beesley, regional director for the Independent Office for Police Conduct (IOPC), said: “A shift in attitudes, culture and behaviour is required to ensure this never happens again.”

Speaking outside court, the victims’ mother, Mina Smallman, was “thrilled” at the sentence but said there was more work to be done.

She told reporters: “We’ve been to hell and back again.

“Most of our police force are amazing and do an amazing job, but there is an element that has taken over the culture of how they banter.”

She rejected the officers’ expressions of remorse, saying: “I bet they are sorry and tortured that they tortured their family.

“I bet they get stick everywhere. That’s not the same as feeling shame.”

She added: “I hope this sends a signal to the Met and all other police forces and gives strength to those who are being abused and hearing language they detest to speak up and people will listen.”

In her victim impact statement, Mrs Smallman said the officers’ actions were a “betrayal of catastrophic proportions” and a “sacrilegious act”.

She said: “Jaffer and Lewis callously and without any regard for our dead girls’ bodies committed, to my mind, a sacrilegious act.

“We were told … the police officers whose task it was to protect and preserve the crime scene had, in fact, for their own amusement, taken selfies, posing for pictures with our dead daughters.

“Those police officers felt so safe, so untouchable, they felt they would take photos of our murdered daughters. Those officers dehumanised our children.

The court heard that Jaffer and Lewis, neither of whom was wearing forensic protection, were tasked with protecting the scene after arriving at Fryent Park at 3.30am on June 8 last year.

During the night, Jaffer took four pictures of the bodies in situ and Lewis took two, and superimposed his face on a third to create the “selfie-style” picture.

Jaffer sent an inexperienced female colleague photographs of the bodies as they lay intertwined in the bushes, including Lewis’s “selfie”.

He went on to show the images to two other officers, including a female probationary officer he was mentoring, who was “shocked” and “disgusted”.

Lewis showed an image from the crime scene to another female officer on his phone but she could not see it clearly, the court heard.

Asked by his wife why he was being arrested, Jaffer said it was about a photograph he had taken and “nothing done intentionally”.

An examination of the officers’ phones found that images of the bodies had been shared on WhatsApp.

The defendants were members of a group called the “A Team”, comprising 41 Metropolitan Police officers.

Jaffer was also a member of a WhatsApp group with nine other close friends who had holidayed together.

Lewis posted to the A Team group an article about the discovery of the bodies, saying he and his colleagues were “living the Wembley dream”.

Jaffer posted on his friends’ group: “I have pictures of the two dead victims. Let me know who doesn’t want to see.”

Jaffer went on to send a photo of the bodies to three friends, including one who sent it on to his partner.

Lewis was dismissed from the Metropolitan Police immediately and Jaffer would have been sacked too, had he not already quit the force.

Lewis, who formerly worked for British Transport Police, had described trying to fit in to a “negative culture” within the police.

In October Danyal Hussein, 19, was jailed for life with a minimum term of 35 years for the murders.

The court heard that the officers’ behaviour allowed Hussein to put forward the false defence that incriminating DNA evidence could have been contaminated.