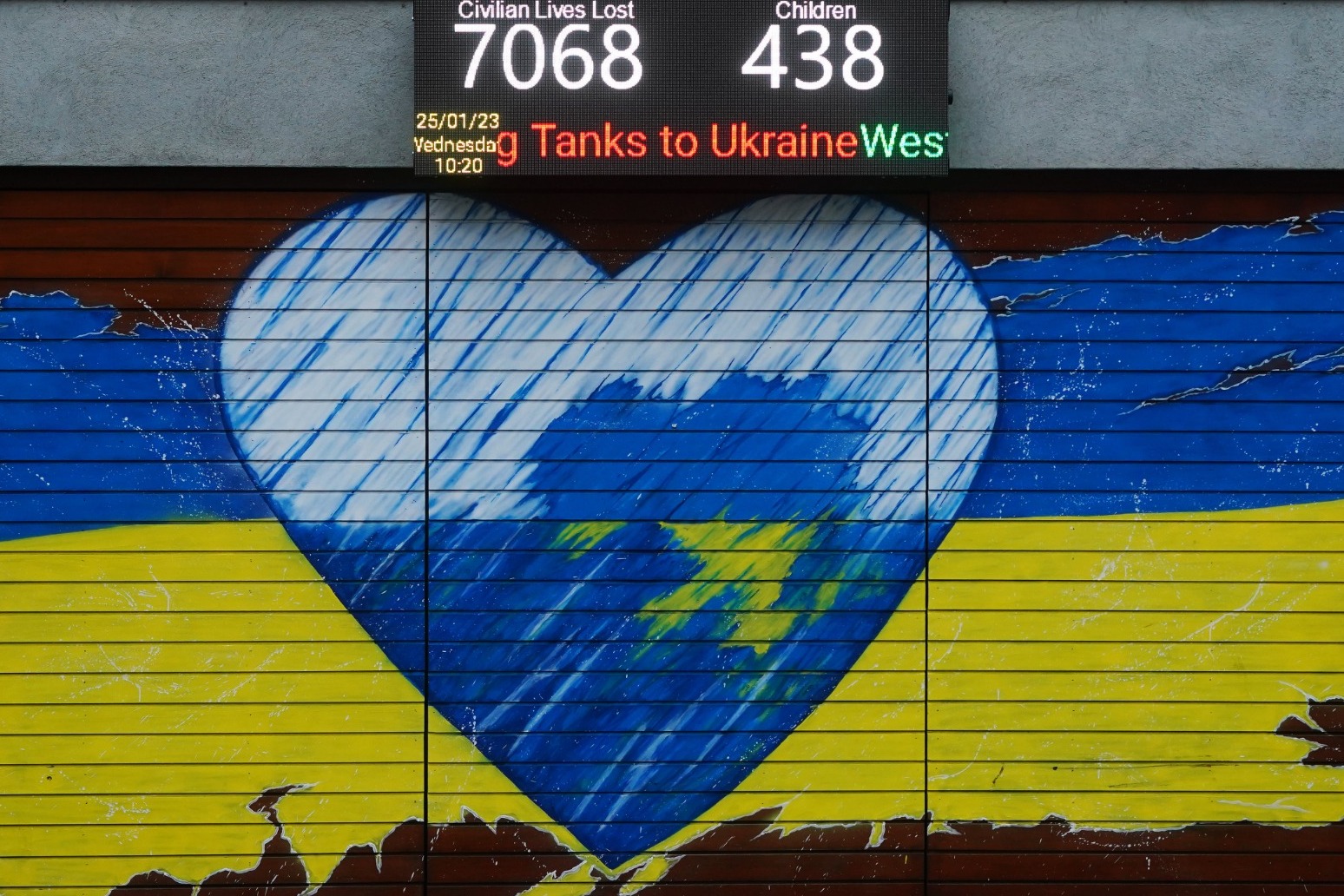 The US have confirmed they’re sending tanks to Ukraine, following Germany’s announcement earlier

Dozens of Nato’s modern battle tanks are to be sent to Ukraine to bolster the fight against Vladimir Putin’s invasion, ending weeks of diplomatic deadlock over the supply of armour to the country.

German Chancellor Olaf Scholz approved the supply of the Leopard 2 to Kyiv, which would also allow other allies operating the tanks to re-export them.

Prime Minister Rishi Sunak said it was the “right decision”, and the move would bolster Ukraine’s “defensive firepower”.

The US confirmed it will send 31 M1 Abrams tanks to the warzone.

The UK had already become the first Western nation to promise main battle tanks, with around 14 Challenger 2s pledged by Mr Sunak.

In response to Germany’s announcement, Mr Sunak said: “The right decision by Nato allies and friends to send main battle tanks to Ukraine.

“Alongside Challenger 2s, they will strengthen Ukraine’s defensive firepower.

“Together, we are accelerating our efforts to ensure Ukraine wins this war and secures a lasting peace.”

Meanwhile, UK defence officials suggested that Russia’s most modern tank had been rushed to Ukraine before it is operational.

The Ministry of Defence, in its latest published intelligence update, suggested that Moscow’s most advanced tank was unlikely to be fully operational.

“Russia has worked to prepare a small number of T-14 Armata main battle tanks for the type’s first operational deployment in Ukraine,” the MoD said.

“However, in recent months, deployed Russian forces were reluctant to accept the first tranche of T-14 allocated to them because the vehicles were in such poor condition.

“It is unclear exactly what aspects of the vehicles prompted this reaction, but within the last three years, Russian officials have publicly described problems with the T-14’s engine and thermal imaging systems.

“In 2021, defence minister Sergei Shoigu described the planned production run for 2022 as only an ‘experimental-industrial’ batch.

“Therefore, it is unlikely that any deployed T-14 tanks will have met the usual standards for new equipment to be deemed operational.”

Germany’s decision to supply Leopard 2s comes after difficult negotiations which have strained relations within Nato.

Other allies operating the Leopard 2 needed permission from Berlin to send them to the Ukrainians, something Mr Scholz was reluctant to authorise unless the US also committed tanks.

The long-awaited decision in Berlin followed US officials saying a preliminary agreement had been struck for the United States to send its M1 Abrams.

The German government said it would initially provide Ukraine with one company of Leopard 2 A6 tanks – 14 vehicles – from its own stocks.

The goal is for Germany and its allies to provide Ukraine with a total of two battalions, or 88 tanks.

Polish Prime Minister Mateusz Morawiecki thanked Mr Scholz and said: “The decision to send Leopards to Ukraine is a big step towards stopping Russia. Together we are stronger.”

The expected deployment of Leopard 2s, Challenger 2s and the Abrams was dismissed by Russia, which predicted they would “burn” on the battlefields of Ukraine.

“I am convinced that many specialists understand the absurdity of this idea,” Kremlin spokesman Dmitry Peskov said.

“Simply because of technological aspects, this is a rather disastrous plan.

“The main thing is, this is a completely obvious overestimation of the potential (the supply of tanks) would add to the armed forces of Ukraine. It is yet another fallacy, a rather profound one.”