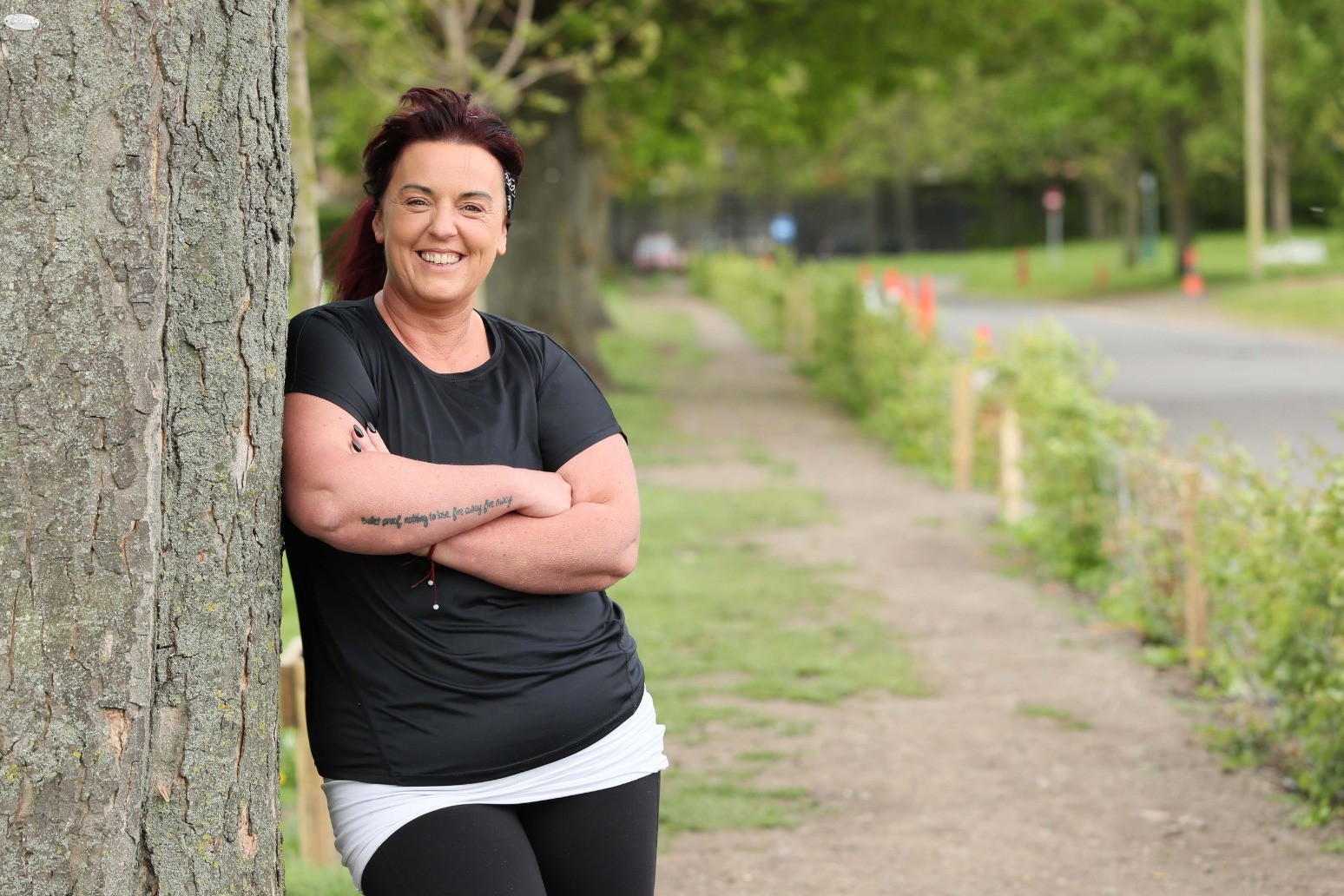 A mother-of-two who mistook a stroke for a hangover is gearing up for a 10k to thank the medical teams who helped her reclaim her life.

Dublin hairdresser Francesca Murray, 45, suffered paralysis on her right side and lost her ability to walk but has gone from managing a few steps by her hospital bed to training for next month’s Women’s Mini Marathon.

Her stroke was spotted by her childhood friend, a nurse who called emergency services, sparking a dramatic helicopter-airlift to Cork University Hospital.

“It was supposed to be my friend Natasha Flynn’s wedding but she cancelled because of Covid, and 30 of us went down to Kerry in June 2020 to celebrate anyway,” Ms Murray said.

“We had a session in her house in Ventry and went to bed. I got up, felt a little groggy and decided to have a painkiller and went back to bed.

“Even getting sick a short time later was no different to a bad hangover.”

When Ms Murray deteriorated and began slurring her words, bride-to-be Natasha, a Tralee-based nurse, called 999 and she was airlifted by a coastguard crew to Cork University Hospital (CUH), beginning a lengthy process to learn how to walk again and recover her eyesight.

“I couldn’t speak, I had right-side paralysis and couldn’t move, I couldn’t swallow, had to be spoon-fed and had a catheter in,” she added.

“I remember the doctors around the bed saying I had had a stroke. It was horrible. But what doesn’t kill you makes you stronger. It gave me a whole different outlook on life.

“They (medical teams) said they had no way of telling at the time how permanent the damage was.”

In CUH, Ms Murray’s care was managed by the stroke and physiotherapy teams as she gradually rebuilt her strength, underwent speech therapy but also battled extreme fatigue and the stress of restricted movement.

“I don’t think I understood the severity of it. They had me walking from one end of the bed to the other, then progressing to the corridor, I’d only manage a few steps before I had to rest,” she added.

“Losing my peripheral vision meant instead of walking straight, I’d walk to my right.”

She spent almost a month in CUH before being transferred to St James’s in Dublin and now only relies on medication as part of her recovery.

“I’m nearly there. Now it’s like I’m working on myself, I’ve joined a gym and I’m reclaiming my life,” said the stylist in Manor Hair Studio in Palmerstown.

“You have to remember how lucky you are to have each day.

“I decided to do the mini-marathon on June 5 to raise funds for CUH Charity because CUH are the ones that got me walking again.”

Ms Murray’s experience had another positive spin-off as her daughter Jasmine, 25, is embarking on a nursing career after being closely briefed by medics on her mother’s progress.

Glen Arrigan, one of Ms Murray’s clinical nurse specialists at CUH, which sees more than 600 stroke patients a year, described her recovery as “incredible”.

“What she has achieved in the last two years is an incredible story and we need to hear more stories of people like Fran,” Mr Arrigan said.

“Courage, bravery, resilience; she has managed to get through this frustrating and uncertain time and has come out the other side.

“By telling her story, it will hopefully raise people’s awareness of stroke and reduce the risk of this happening to somebody else.”

You can support Fran’s fundraiser for CUH Charity at idonate.ie/FrancescaMurray