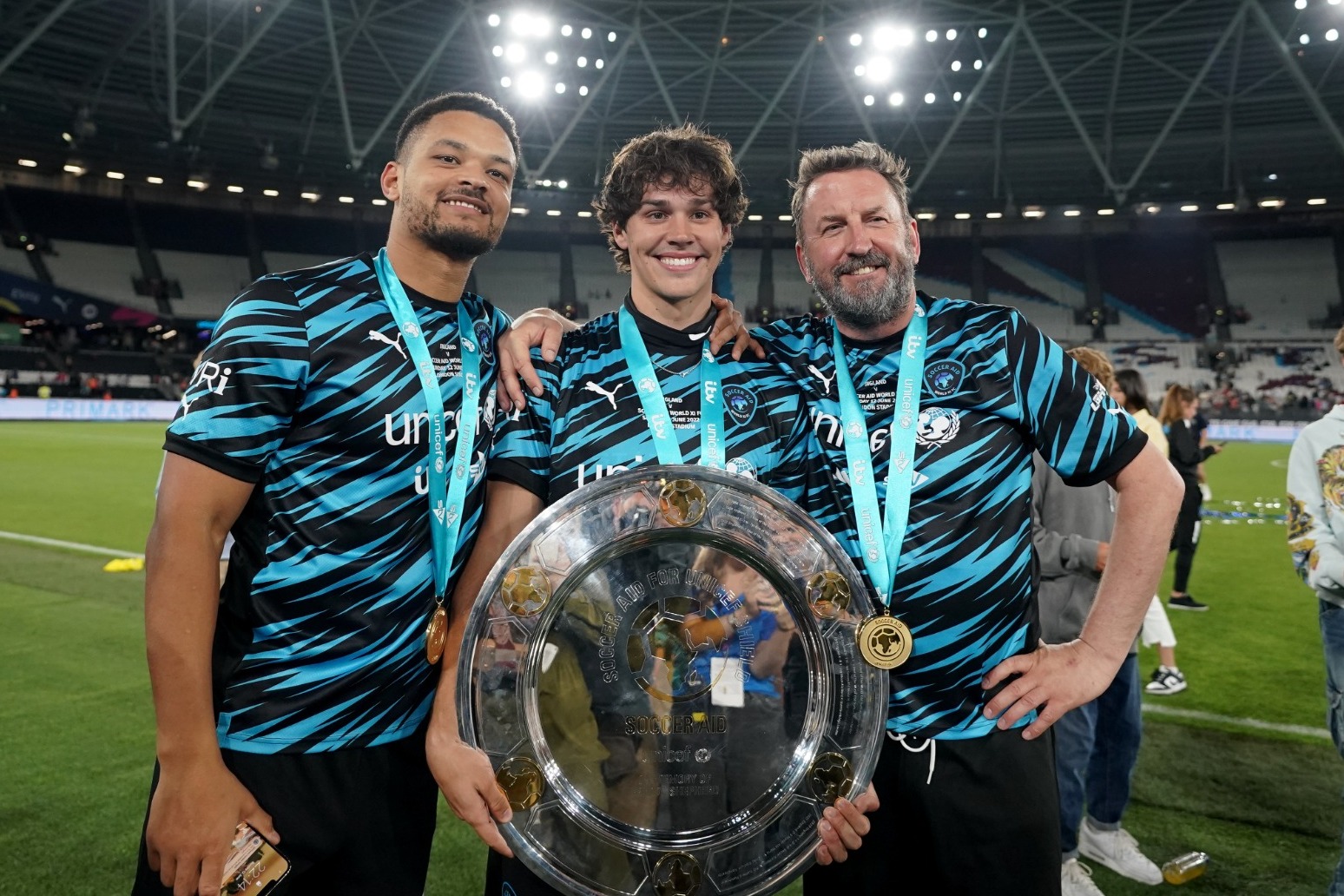 England lost a penalty shoot-out at the London Stadium as the World XI won Unicef’s Soccer Aid match for the fourth successive year.

The game, which raised an estimated £15million for the charity, finished in a 2-2 draw in normal time before a side captained by eight-time Olympic sprint champion Usain Bolt prevailed 4-1 on spot-kicks.

Television presenter and former Love Island star Kem Cetinay scored a late equaliser to take the match to a shoot out, with comedian Lee Mack scoring the winning penalty.