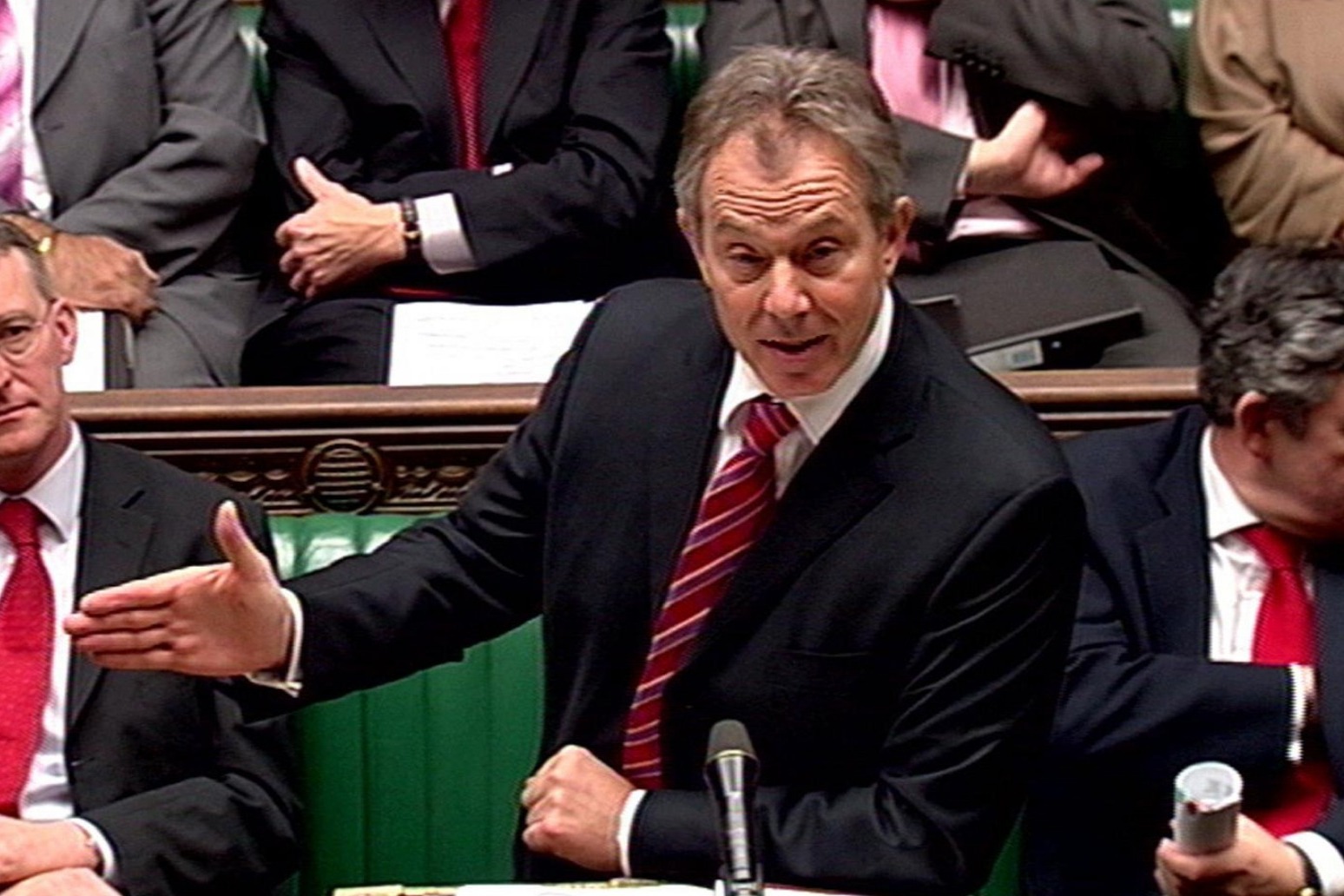 He earned a reputation during his decade in Downing Street as a charismatic leader able to communicate effectively.

Such was the concern over Mr Blair’s weekly pummelling by Opposition leader William Hague at Prime Minister’s Questions (PMQs) that his closest aides held a brainstorming session in February 2000 to devise a “fresh approach”.

The upshot was to urge Mr Blair to adopt a new “message-based approach”, rather than what highly regarded Labour upstart David Miliband said was a performance akin to “a student trying to cram facts on the morning of the exam”.

A memo from close aides told Mr Blair: “Although PMQs is a pain in the neck, it is important and worth taking seriously.

“We think you should think of a fresh approach from next week so we can get back on top.”

It suggested Mr Blair should regard PMQs as a theatrical performance rather than seeing the “political pantomime as if it were a genuine question and answers session”.

It added: “Hague simply comes along with a five-minute script which he delivered well, ignoring your answers.”

The aides said the PM should meet with them for 30 minutes each Wednesday to “practice”.

“This is fine up to a point,” the Prime Minister wrote in reply to the brainstorming memo.

“But you are forgetting that in the past two weeks we have had genuine problems to deal with.”

Mr Blair also made his views on PMQs clear.

“I don’t think we should start panicking about this, or thinking PMQs is ever going to be other than something to endure,” he wrote.

“It is, in my view, the worst forum in which to appear.”

Documents released by the National Archives in Kew also show press secretary Alastair Campbell presented his boss with some suggestions for witty one-liners and put-downs in the months before the brainstorming.

They included dismissing Mr Hague’s regular wisecracks at PMQs with the retort: “If the Tories want a comedian as a leader, they might as well go for Bernard Manning – though he might not be right-wing enough.”

It said: “And what did I say about the RHG (Right Honourable Gentleman) having better jokes than judgement? Only someone as lacking in judgement as the RHG could back a joke like Jeffrey Archer.”

It appeared that both suggestions were overruled for use at PMQs.