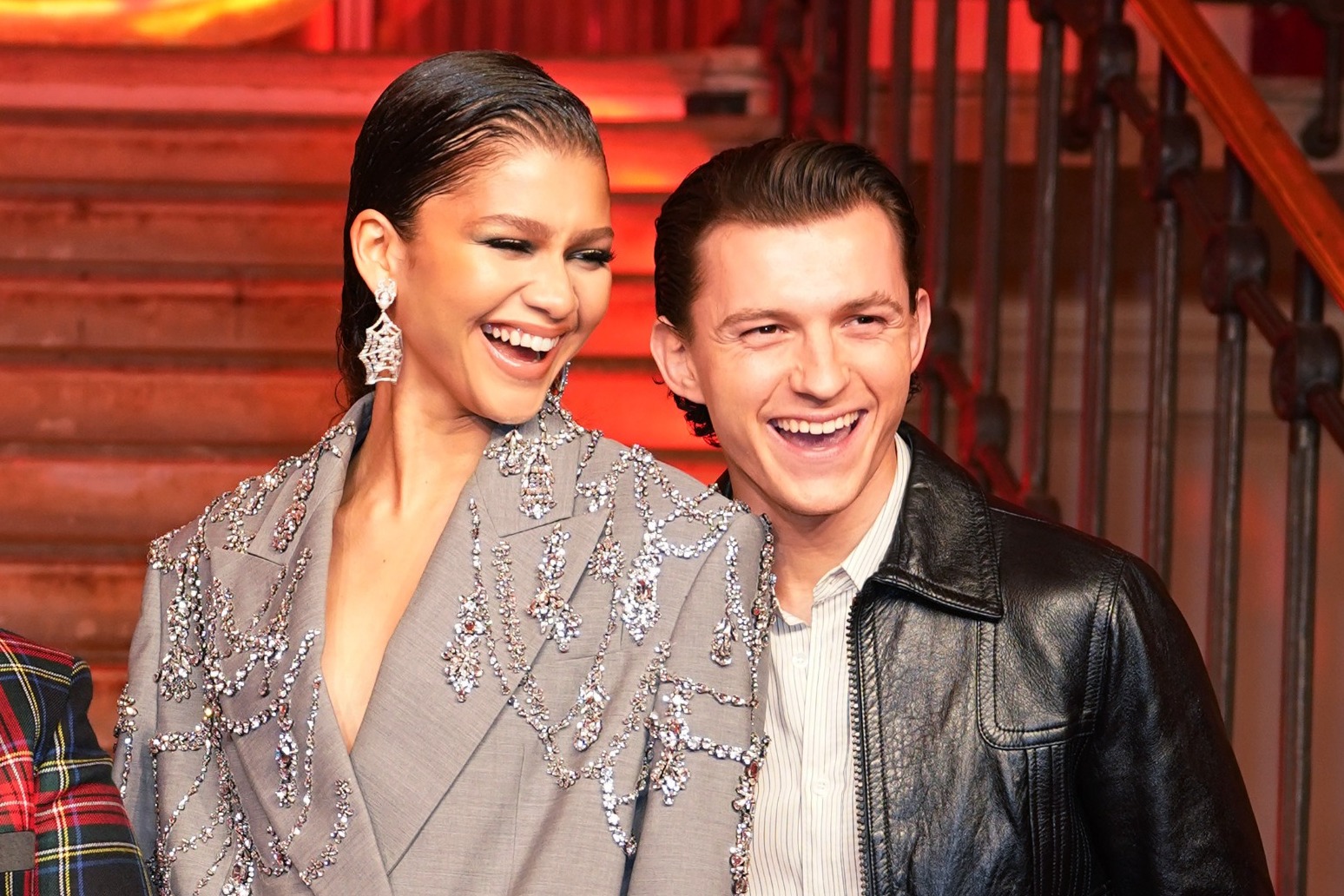 Zendaya has described her Spider-Man co-star and rumoured love interest Tom Holland as “the one who makes me the happiest” in a sweet post to mark his 26th birthday.

The Emmy award-winning actress, 25, shared a black and white photo on Instagram where Holland can be seen hugging her from behind as she looks off into the distance with a beaming smile.

She captioned the post: “Happiest of birthdays to the one who makes me the happiest.”

In the last three Spider-Man films, Holland has starred as hero Peter Parker while Zendaya has played his love interest MJ.

The pair, who are rumoured to be dating in real life, have dazzled on the red carpet together on many occasions.

Holland previously discussed a birthday tribute he posted to Zendaya on Instagram on September 1, which has garnered more than 20 million likes to date.

Speaking while promoting the latest film in the franchise Spider-Man: No Way Home, he told the PA news agency of the social media post that the reaction can be “crazy” but something they “try not to think about all that much”.

He added that they are “lucky” to have fans that are “so supportive and so invested” in their lives.

They were joined by Catch-22 actor Harrison Osterfield and musical theatre actor David Seadon-Young who also shared pictures of the actor to Instagram in celebration of his birthday.

Guinness World Records shared a clip of Holland performing in the film and wrote: “Happy birthday to Tom Holland – the youngest leading actor in a Marvel Cinematic Universe movie.”