Perth and Kinross Councillors voted on five key capital expenses which will become some of the most important spending commitments in Highland Perthshire for time to come.

The controversial Cross Tay Link Road was the first issue at hand during yesterdays meeting, Councillors were to decide if the plans should continue as expected or if they needed to be delayed.

Leader of the council, Murray Lyle, opened the discussion saying: “The Cross Tay Link Road will allow the council to fulfil its ambition to become a vibrant small city open for business.”

Its hoped, by councillors who are in favour of continuing forward, that this new bridge will break up traffic congestion in Perth’s town centre and clear the air of the pollution which comes with that.

However, Councillor Alasdair Bailey proposed an amendment, seconded by, Highland independent, Xander McDade, that looked to delay this proposal until uncertainty from COVID-19 and future funding had passed.

The plans have not only been met with criticism from councillors but also from Mid Scotland and Fife regional MSP Mark Ruskell.

Mr Ruskell is concerned that the £118 million bill could have been spent more wisely on other alternatives to pollution since he thinks it will ‘shift around and transfer the existing pollution problems that we have.”

Speaking to Heartland Multimedia, Mr Ruskell said: “We could be spending that on public transport, for example, ensuring that we’ve got cleaner buses running on our routes through the middle of Perth.

“We could be investing in it in supporting employers to develop travel plans, to support home working, and to support collective travel to work.

“We could be spending the money on active travel infrastructure as well in our communities.”

While the CTLR passed with support from the SNP, Councillor Grant Laing was disappointed by some of the other results.

Mr Laing said: “The most disappointing aspect of the Capital Budget yesterday was the refusal of Tory Councillors backed by their allies the Lib-Dems to accept the change of wording on the PH20 sports, swimming and leisure complex proposal.”

The conservative administration had proposed that the council ‘restates its commitment to developing the PH20 proposal’ which Liver Active Leisure describes as its ‘ambitious vision for delivering a sustainable hub of sports, leisure play and physical activities services in the heart of Perth city centre.’

This motion also proposes that the council ‘asks officers to continue to seek to identify and y potential commercial income or other funding solutions’.

Which Mr Laing put forward a recommendation, seconded by Councillor Parrott, suggesting the council recognises ‘the damage caused to Perth leisure Pool during the 11/12 August storm and the ever-increasing costs of maintaining the present buildings’.

Mr Laing explained: “The SNP Group put forward an amendment to change the request for Officers to progress the project to require the Officers to bring forward firm proposals in time for the budget in February.”

Their recommendation was defeated by three votes between 20 in favour of the conservative motion and 17 for the SNP recommendation.

Mr Laing added: “The SNP Group have this as a top priority reflecting, I am sure, the people of Perth and Kinross’s wish for top class sport and leisure facilities.” 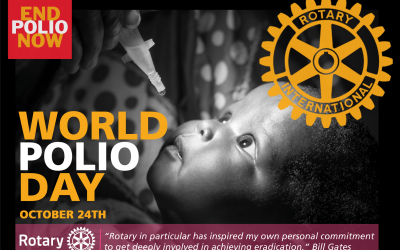 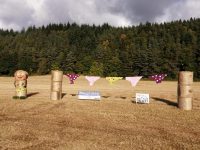