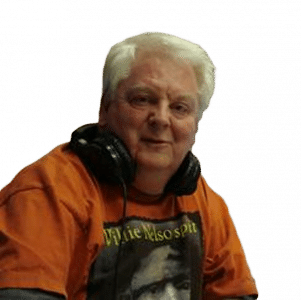 Bill Black plays Classic Country across the decades, including some contemporary country artists. With two hours of music celebrating all styles of country music – there’s some for everyone to enjoy.

Bill has presented Country music radio shows for the last 40 years in Central Scotland. He became the very first Country music radio presenter in Scotland when he began a weekly show on Radio Clyde just after the station went on the air on Hogmanay 1973, on 261 metres medium wave.

Bill’s musical knowledge not only spans many years but over these years, Bill has interviewed many Country legends including Johnny Cash, Dolly Parton, Kris Kristofferson, Tammy Wynette, Marty Robbins and Billie Jo Spears. He has won many accolades and awards in this time including the prestigious International Country Music Broadcaster Award from The Country Music Association in Nashville – the home of the genre.